640,000 citizens from Bosnia and Herzegovina are much safer due to the prevention systems and facilities provided through the technical and financial support of WBIF.

Bosnia and Herzegovina suffered the worst floods in Europe´s recent history in 2010 and 2014. The most recent one was declared as the heaviest rain in the recorded history of Southeast Europe. This sad record, together with inadequate flood protection warning and prevention systems and facilities, led to catastrophic consequences. More than 100,000 people were affected causing a total economic damage close to €1 billion.

‘It was horrible. People lost their houses, crops, livestock,’ remembers Sasa Miric, who still lives close to Bijeljina, a city in the Republika Srpska. ‘My parents' home was completely flooded,’ he continues. ‘The water inside our house was almost a meter high.’ Although fight against floods will remain an endless battle, ‘we can say that our citizens are much safer today than before this project’ confirmed Milan Kikic, a former Director of Vode Srpske.

The Sava River valley together with areas along lower parts of its tributaries - Drina, Una, Ukrina, Bosna and Vrbas are all prone to flooding due to multiple reasons: high urbanisation, inadequate settlements, sealing of soil with paving, construction on river sides, and climate change.

In order to prevent further damage from floods, the European Union, the European Investment Bank and other relevant donors have provided technical and financial support since 2010 to improve flood protection in BiH. The WBIF is providing assistance to these needs through four technical assistance grants for the preparation of several measures including flood risk maps, feasibility studies, detailed designs and tender documentation.

These measures and investments will improve the performance and reliability of the flood protection system in BiH, after the rehabilitation of more than 160 km of water channels and more than 100 km of new dykes. The project will thus have a strong positive impact on the economy, society, environment and on public health. Moreover, it will contribute to the quality of life of more than 640,000 inhabitants like Ostoja, a local farmer from Bijeljina, who has seen his production expand due to the improvement of the security conditions in the affected areas. 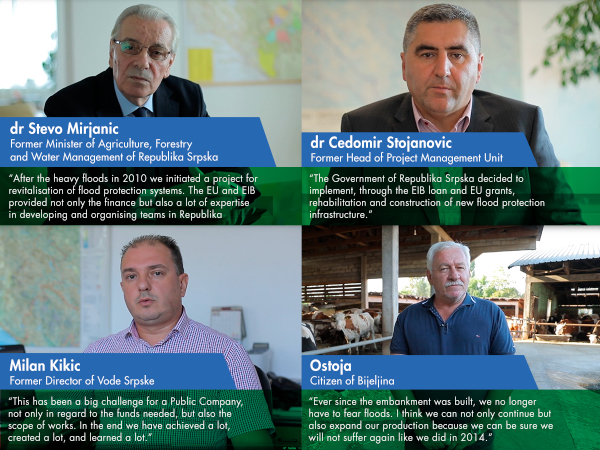 The project Bosnia and Herzegovina Flood Risk Management implemented under the framework of WBIF, has supported the local authorities’ efforts to prepare and implement urgent as well as medium- to long-term flood protection measures and facilities. Such investments have been dedicated to:

The WBIF provided financial support to the construction of the infrastructure facilities and the technical assistance that included feasibility studies, detail designs, tender documents, assistance with tendering and project management, as well as the preparation of flood hazard and flood risk maps for the entire Bosnia and Herzegovina.

These investments contributed to the achievement of the overall goals of the project: reducing the risk of floods while increasing the capacity of the national institutions and stakeholders for the management and implementation of multidisciplinary projects, transferring know-how in project development and financing strategies to local beneficiaries. More than 640,000 inhabitants have experienced the positive economic, social and environmental impacts in the region. 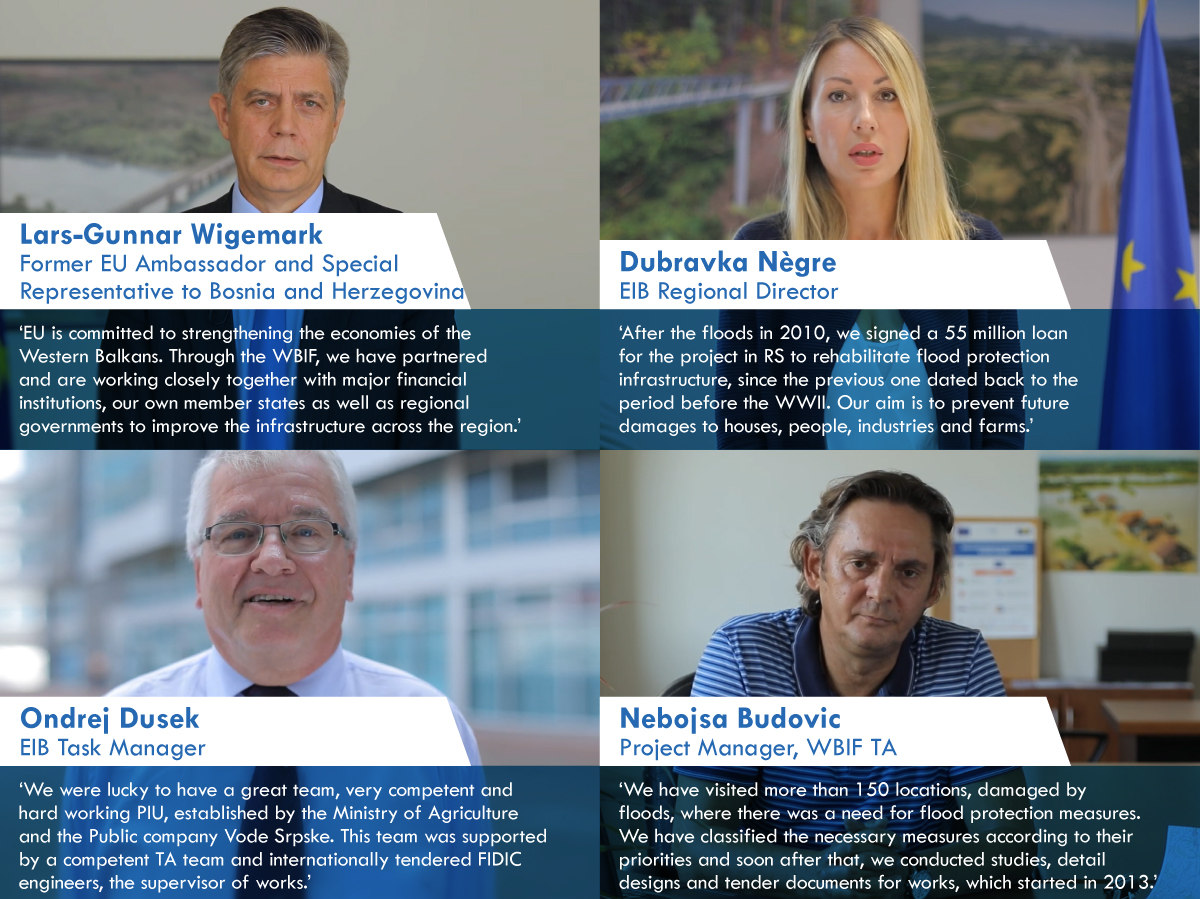 WBIF was jointly launched in 2009 by the European Commission (DG ELARG now DG NEAR), International Financial Institutions and Bilateral Donors to enhance harmonisation and cooperation in investments for the socio-economic development of the Western Balkans. Together with the Western Balkan beneficiaries, WBIF forms a unique partnership, defining priorities and support packages needed for strategic investments and institutional reform. WBIF contributes to the European perspective of the Western Balkans by supporting not only investment projects improving competitiveness and growth, but also by reinforcing regional cooperation and connectivity. Eligible sectors include digital infrastructure, energy, environment, social, transport, and private sector development through WBIF’s dedicated initiative EDIF (Enterprise Development and Innovation Facility). This cooperation is only possible due to the close and coordinated interaction among the European Commission, International Financial Institutions and Bilateral Donors, together with the Western Balkan beneficiaries.

This year marks WBIF’s 10th anniversary, and during the past decade over €1 billion in grants were allocated for preparation and implementation of infrastructure projects. Starting with 2015, around €200 million in investment grants per annum is allocated to the Western Balkan beneficiaries for the implementation of Connectivity Agenda. The EU grant channelled through the WBIF since inception, will support investment projects with an estimated total investment cost of €18 billion. The successful implementation of the EU grant have resulted in many tangible and intangible gains, including but not limited to: significantly reduced travel times; increased transport safety; reduced emissions; improved quality of life and urban environment; better learning conditions; and increased competitiveness, etc.

Some of the concrete benefits of the infrastructure projects supported by WBIF will entail: 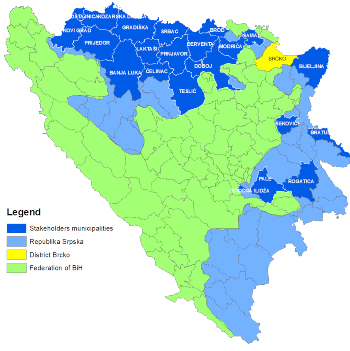 Map of municipalities included in the project