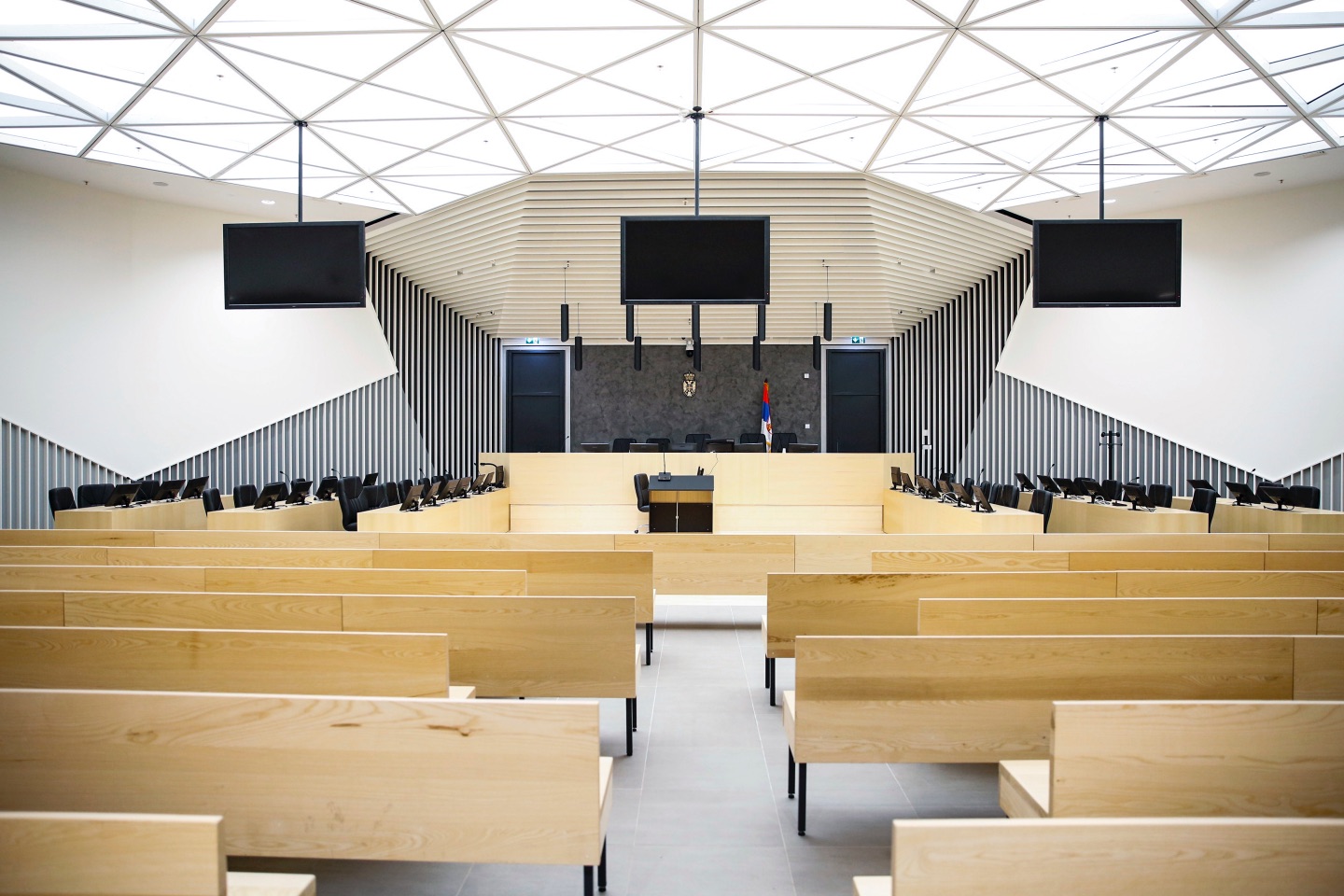 Investing to Strengthen the Rule of Law in the Western Balkans

The WBIF is supporting the Western Balkans in the construction of new facilities and the refurbishment of existing judiciary institutions, that are now in line with European standards and fully compliant with the European Union recommendations

The efforts of the Western Balkans to strengthen the rule of law haves received a boost by the completion of several projects under the WBIF. These projects resulted in the renovation of existing judicial infrastructure facilities and the introduction of modern software and technology for their administrative management. Judges, prosecutors and civil servants can now work more efficiently, resulting in improved access to justice for the region citizens.

A key challenge for the Western Balkans is to firmly establish the rule of law according to European standards. This is indeed a major steppingstone for European Union accession and reforms are still needed to align the policies and infrastructure with the required standards by the EU enlargement benchmarks for the region.

Establishing the rule of law is not easy and it needs investments, both in infrastructure and in human resources. The Western Balkans judiciary facilities contend with many problems after years of underinvestment and outdated legislation. Most facilities are between 30 to 60 years old and were neglected for the last 20 years or more. Obsolete infrastructure in judicial buildings and prisons heavily impacts the efficiency of justice. Delays in court resolutions and high levels of backlog cases are obstacles for the citizens understanding of, and access to justice. Citizens’ perception of the rule of law is weak due to long delays in processing and inefficient bureaucracy.

For example, many judicial facilities experienced continuous interruptions in the supply of electricity; modern technologies could not be installed; the use of digital case management systems or the virtual recording of court proceedings was (and is) not possible.

Improving the infrastructure of judicial institutions provides the Western Balkans with effective tools for the reinforcement of the rule of law. However, the WBIF is also providing support through capacity developing activities, targeting civil servants to facilitate the implementation of policies which aim at the consolidation of democracy and the respect for human rights.

The WBIF has made investments in infrastructure and has helped build modern systems and better knowledge’ to support the judiciary system reforms, allowing the judiciary sector to perform in a manner that is consistent with European standards.

The newly built prison is the first in the country to fully comply with European Prison Rules. Thanks to this WBIF project, Bosnia and Herzegovina continues to progress towards compliance with international human rights standards in its penitentiary system. This has been possible through different grants provided by the WBIF, Sweden, the United States and the EU through contributions from (national) IPA (in 2008 and 2010). The project financing was completed with a loan of the Council of Europe Development Bank (CEB) as well as the contribution from Bosnia and Herzegovina. The new facility can accommodate up to 348 detainees in single and/or double-occupancy cells with en-suite facilities; several cells allow for disabled access. The inmates can practice sports and they can use a computer room and a library, which ensure access to training and education that should help them reintegrate in society once released. The recently inaugurated facilities will support the work of other judicial organisations to improve the citizen´s perception of the work of the justice system in the country.

The reconstruction of Pancevo and Kragujevac prisons, an example of resocialisation

The Pancevo prison in Serbia is one of the most modern prisons in the region. The cells of the constructed facilities are equipped with furniture produced internally in the Serbian prisons, which allowed for significant savings to be achieved compared to market prices; in addition, inmates were exposed to vocational education and training programs, aiming at reintegration. The renovated facilities are in line with the European Prison Rules and the 500 inmates will benefit from improved accommodation, with maximum two prisoners per cell, modern medical units, and sport and socializing spaces.  The Kragujevac prison, part of this WBIF project, is now at the construction stage following the model used for the building and equipment of the Pancevo Prison. The project was financed through a series of WBIF grants (with support from Bilateral Donors´), a CEB loan, and the contribution from the Serbia national budget.

After 40 years from its construction and continuous use, the new judiciary facilities will provide additional 26,000 square meters of functional and modern working space to the judicial system in Serbia, all together this amounts to an increase of space of 10%. Furnished to the latest standards in this field, judges and prosecutors working in the building are now able to increase their work efficiency and process more lawsuits. The WBIF project covers (i) refurbishment of the Justice Palace of the Belgrade District Court (the Higher Court), (ii) rehabilitation and reconstruction of facilities to house the Prosecutor’s Office, and (iii) construction of a new wing for the Special Court. This historical renovation is possible through the WBIF grant support and two loans by the European Investment Bank (EIB).

North Macedonia has embarked on an ambitious prison reform programme. The ongoing penitentiary sector reforms, in line with the Recommendations of the Council of Europe, will aim at improving the living conditions for inmate’s, improvement of the working environment for staff, and enhancement of safety and security systems. This WBIF funded project is a priority based on the key strategies of the judiciary and penitentiary sector. The living conditions of more than 2,500 detainees will be largely improved through the construction of three facilities: Kumanovo Penal Correctional Facility, Idrizovo Penal Correctional Facility, and Tetovo Juvenile Educational Correctional Facility. The renewed infrastructure will enhance the conditions to facilitate the rehabilitation and social adaptation, enabling inmates to re-join society with the best prospects for an independent life. The facilities will ensure modern healthcare services for inmates, in line with European Prison Rules recommendations. The investments will be financed via a CEB loan and grants from the EU National IPA and Norway. 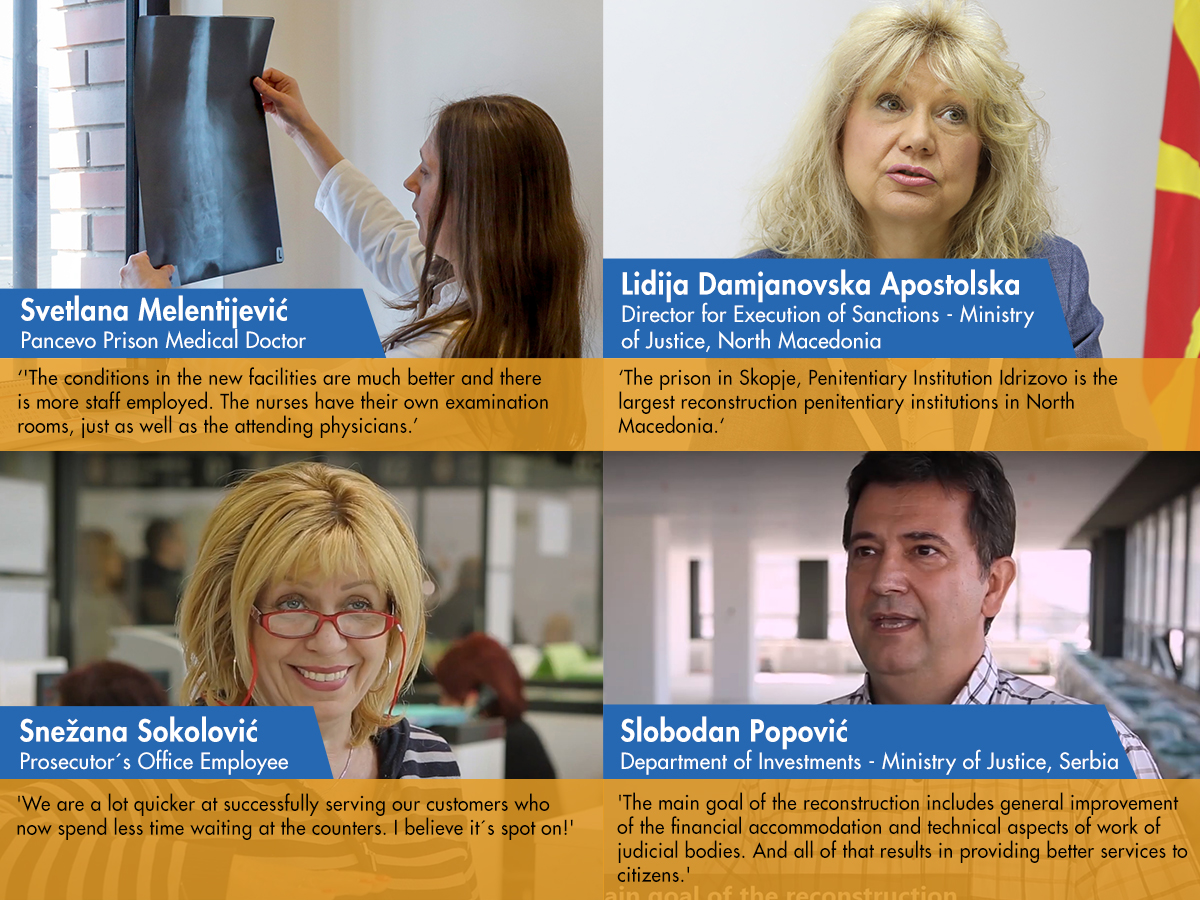 Social policy development and reforming the social system constitute priorities in the Western Balkans. The WBIF has contributed with €3.1bn investments. The justice subsector is the second biggest, attracting €13.8m in EU grants.

Reform and rehabilitation efforts focus primarily on education, justice, health and pension systems, poverty reduction, social inclusion and improvements to the social safety net. Accompanying infrastructure measures include the construction and/or modernisation of social housing, education, health and judicial facilities. Progress in this sector is a vital component of the Western Balkans’ efforts to align with the Europe 2020 strategy, particularly through the South East Europe (SEE) 2020 strategy. 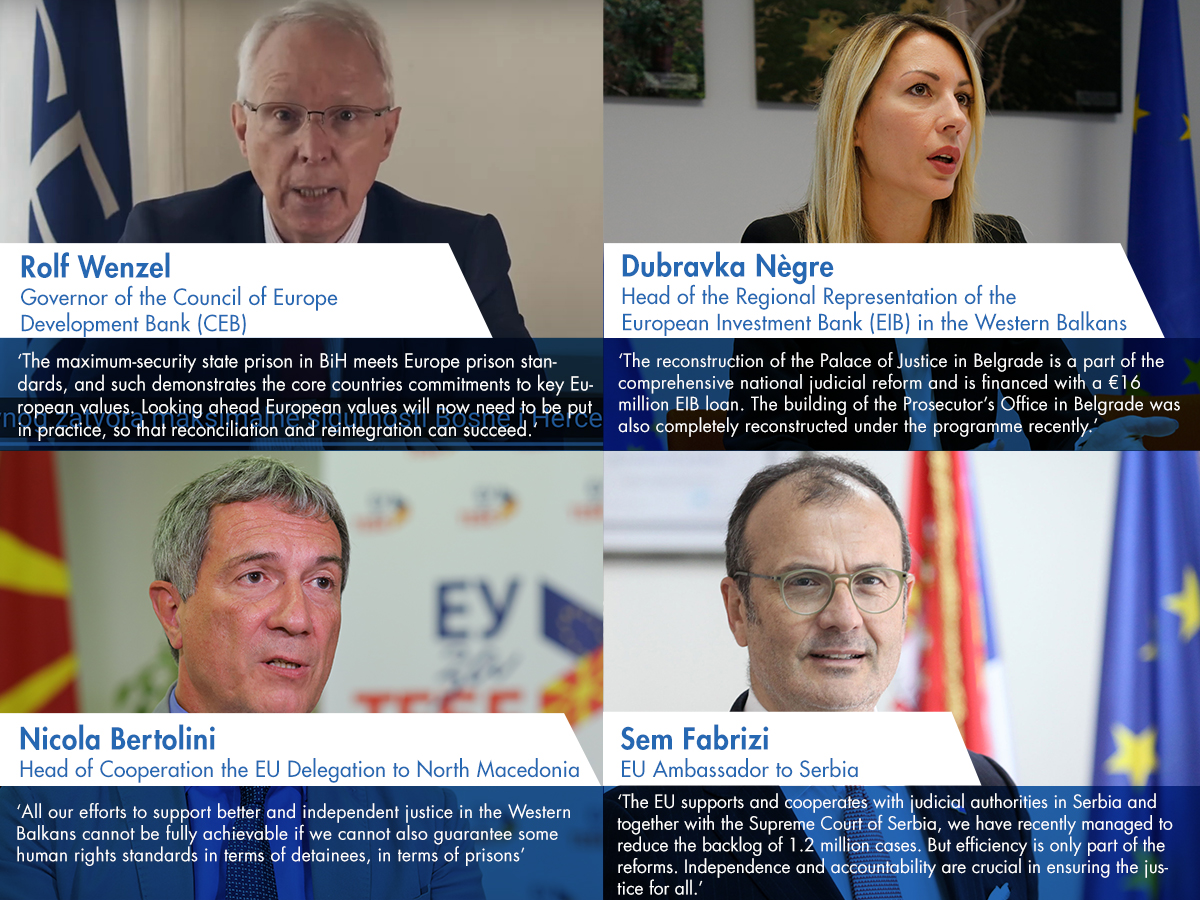 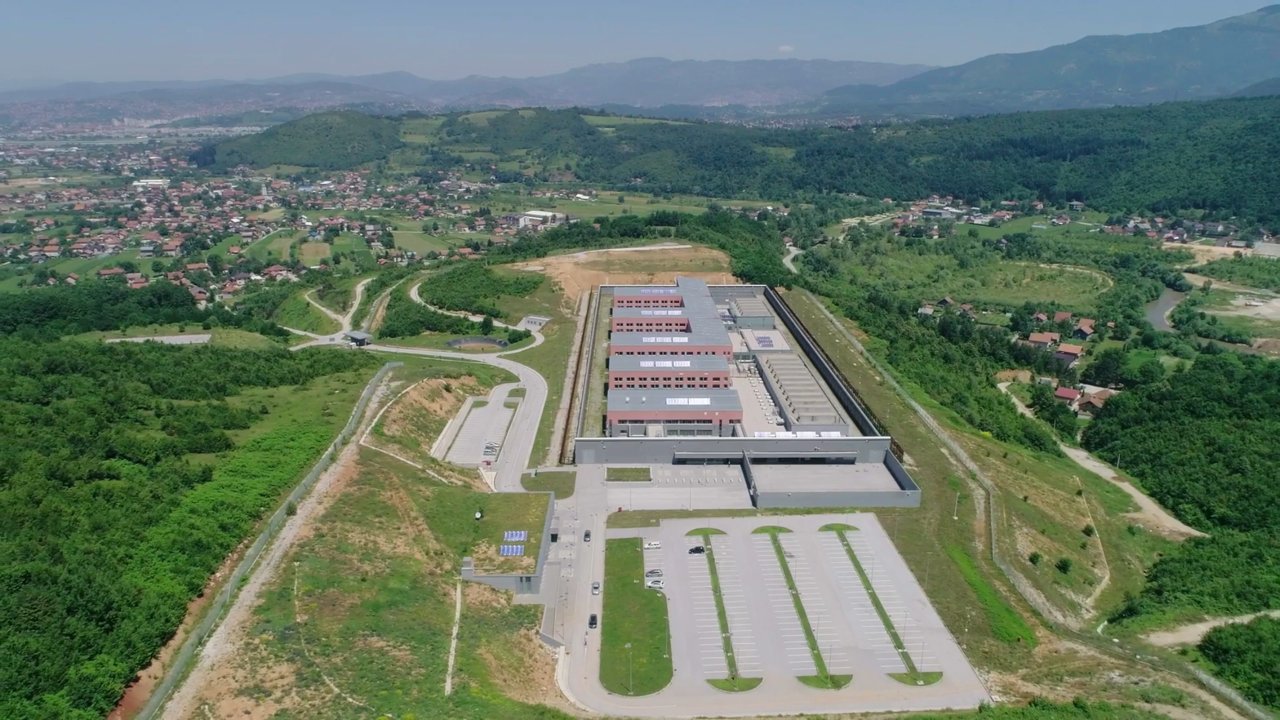 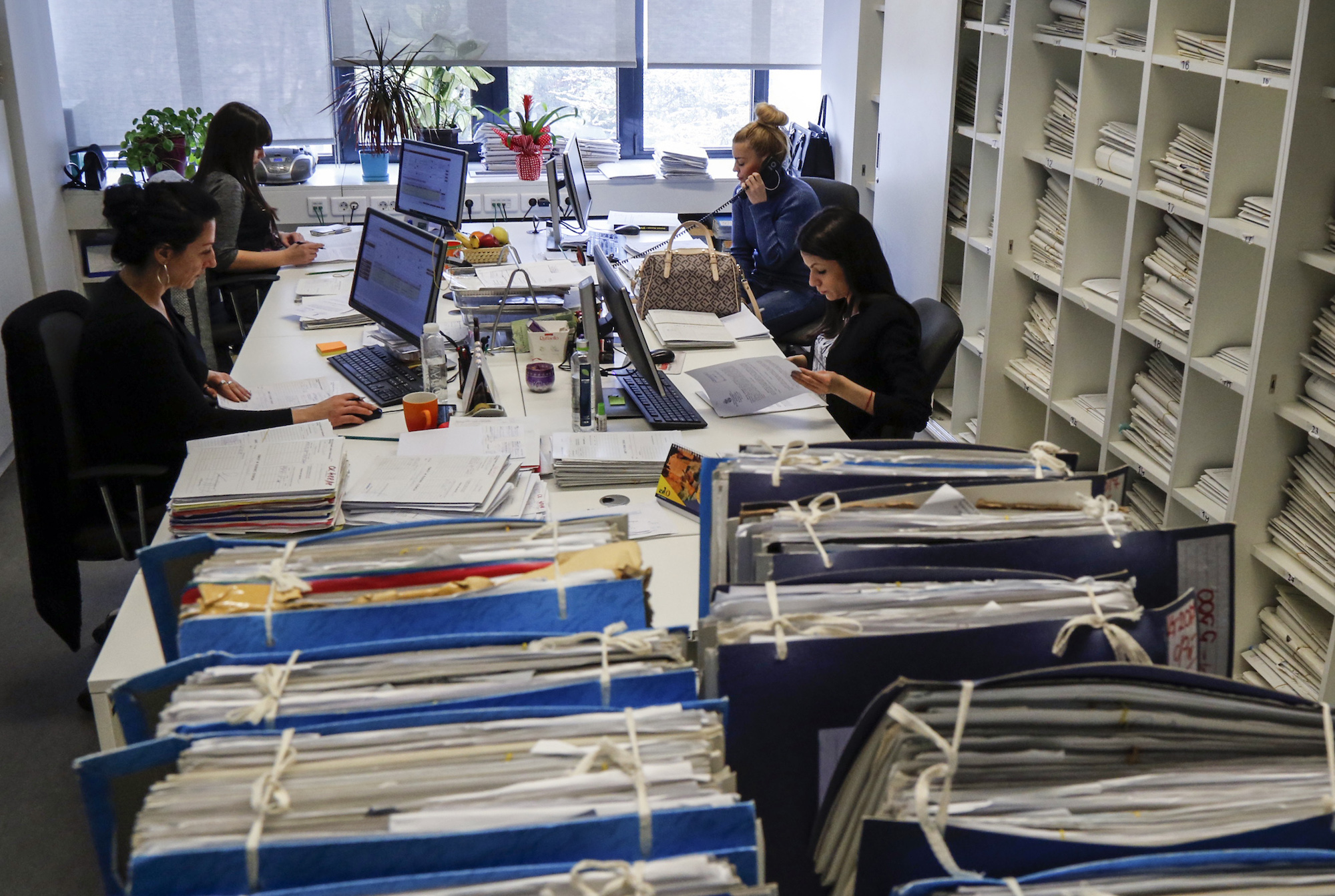 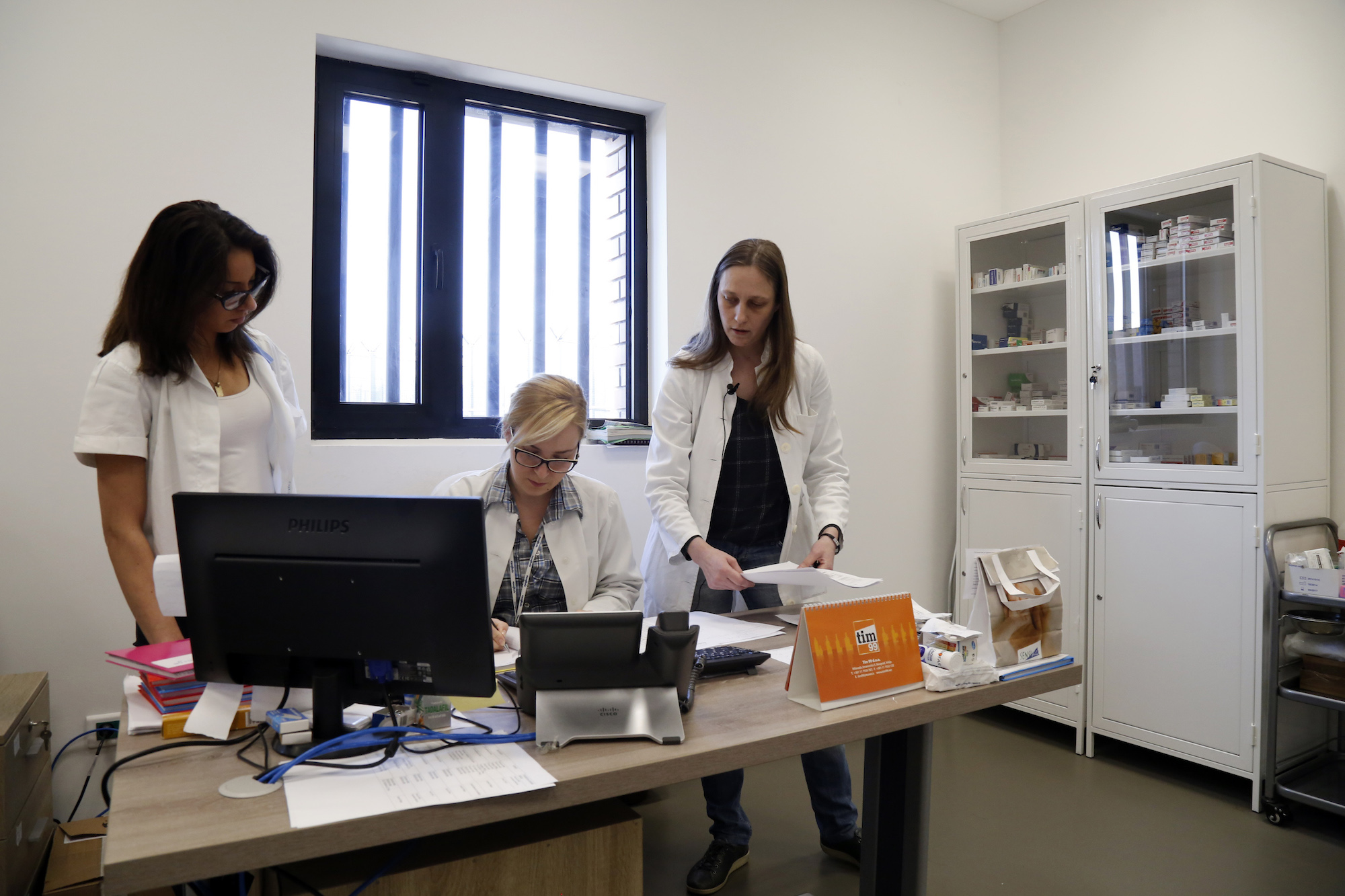 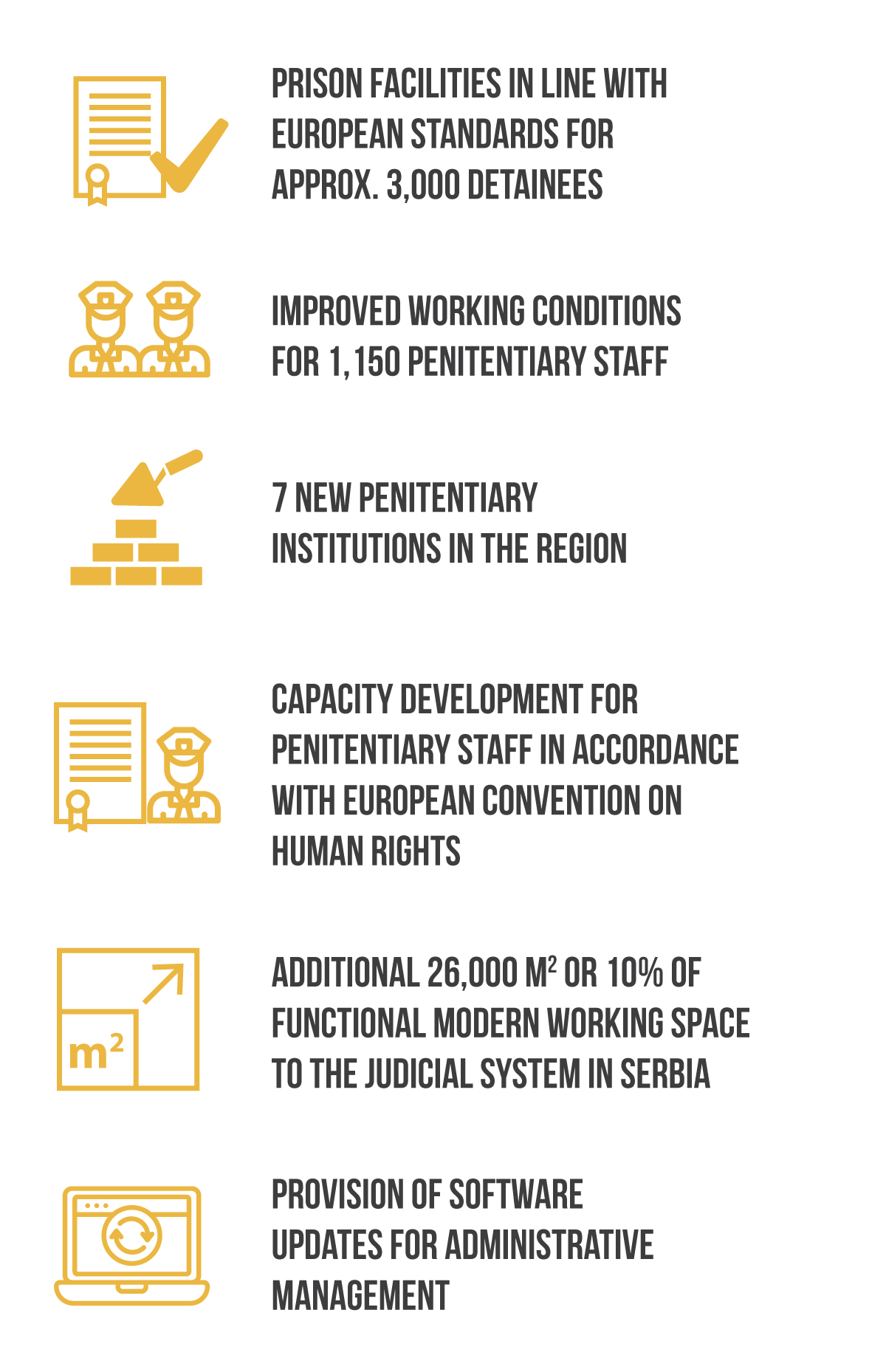