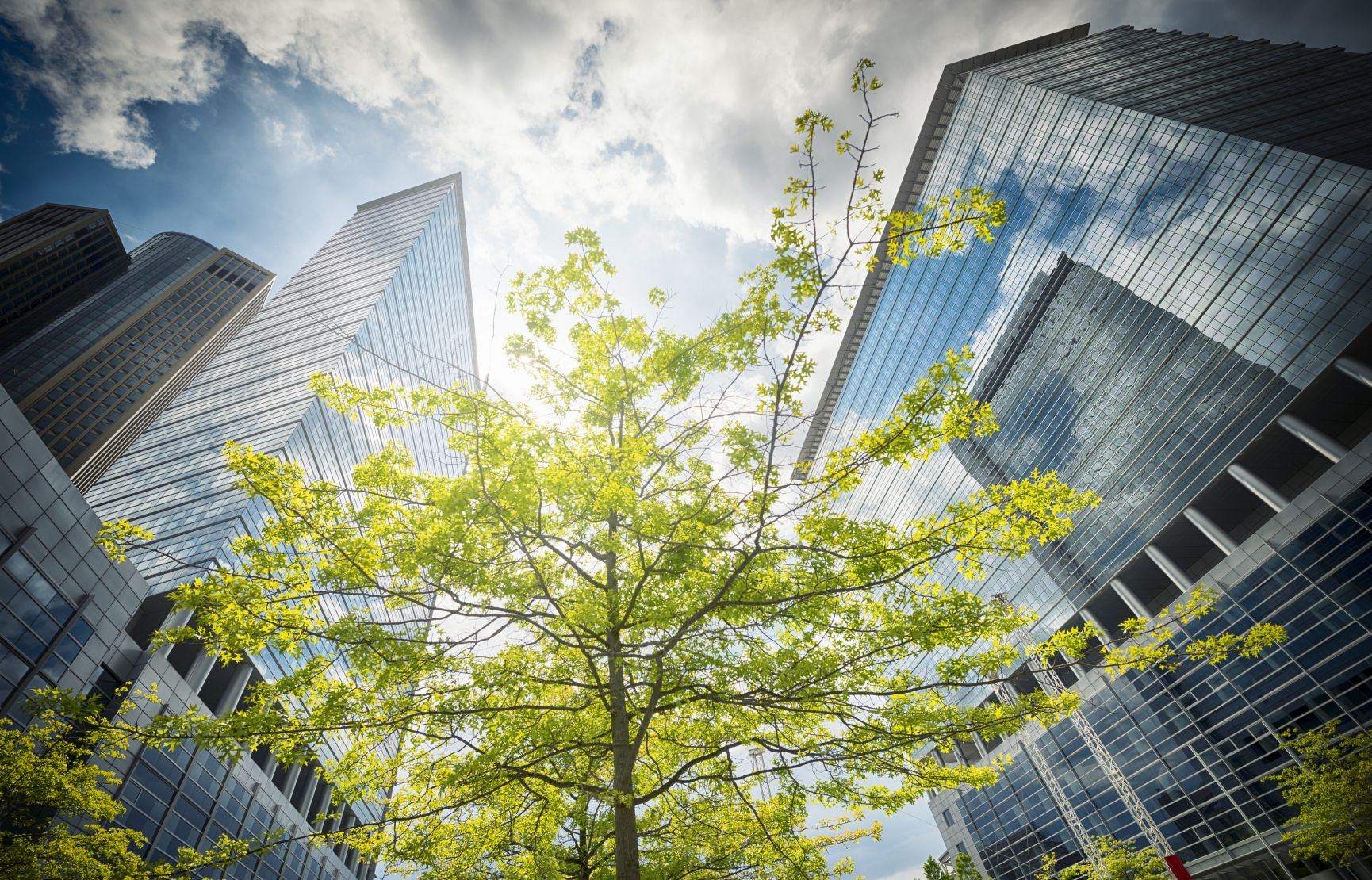 Introduction of Nearly Zero-Energy Buildings in the Western Balkans

The International Energy Agency characterizes energy efficiency as the “world´s first fuel” because it is the most underestimated resource of all and its potential is still far from exhausted.

That holds true for practically every region of the world, but particularly for the Western Balkans. Throughout the region the energy productivity remains low, indicating that energy saving measures and investments are not implemented to a large enough extent. In October 2020, on the occasion of the Berlin Process summit in Sofia, the governments of the Western Balkan beneficiaries committed to the "Green Agenda for the Western Balkans" as a concrete plan to expand the European Green Deal to the region. One of the main objectives “Fit for 55” is to reduce the region’s greenhouse gas emissions by at least 55% until 2030. Energy efficiency is an important building block in this transition: especially, because houses and edifices on the Balkan are old and on average need significantly more energy than in the rest of Europe. Thus, they constitute a great unused source.

Since the WB6 aim to join the European Union they are aligning with EU-standards and regulations and transposing the EU rules into their national legislation. The “Energy Performance of Buildings Directive” is one such regulation; it requires EU member states since the beginning of 2019 to create all new buildings as so-called “Nearly Zero-Energy Building”.

A "Nearly Zero-Energy Building" has a very high energy performance. The nearly zero or very low amount of energy required should be covered to a very significant extent by energy from renewable sources, including by sources produced on-site or nearby. An "Energy Plus Building" produces more energy than it consumes, in annual average. To achieve the plus energy goals, it must on the one hand be built in a very energy efficient way , and on the other deploy renewable energy sources so that ultimately the primary energy demand per square meter and year is negative.

The NZEB concept is part of the WBIF project “Regional Energy Efficiency Programme for the Western Balkans (REEP Plus)”, supporting the state entities, cities and municipal companies to improve energy efficiency in public buildings, such as schools, hospitals or government buildings. Through the REEP component “Direct Finance to Public Buildings” KfW Development Bank on behalf of the German Federal Government has particularly focused on the highly efficient public buildings - NZEB or even Energy Plus buildings which form an indispensable building block on the way to carbon neutrality. KfW also promotes Energy Monitoring Systems in public buildings, supported by IT smart devices to detect inefficiencies and optimise the operations of a building.

Cooperation with the Fraunhofer Institute for Building Physics

While EU member states have applied national definitions of NZEB by now, the Western Balkan is still at the beginning in this area. To enhance the process, the Western Balkan beneficiaries now get guidance from the German Fraunhofer Institute for Building Physics with support from the KfW.

Fraunhofer Institute, a renowned expert on this field, will act as an advisor for different stages and projects: It will help the countries to develop their NZEB definitions. Secondly, it will help transfer information from foreign experts to local designers. Thirdly, it will very concretely help design the construction of a new NZEB building. And it will assist with the retrofit of buildings to NZEB standards throughout WB6. Those are real lighthouse projects – in the literal sense of the word.

Frontrunner: A Lighthouse in Montenegro

Montenegro, which has already been the frontrunner on the Balkans in terms of energy efficiency, now plans to construct a new ministerial complex in the capital Podgorica. “With several ministries under one roof, we want the new building to become a shiny example of state-of-the-art technology and top-end energy efficiency standards. This is a tangible example that we turn the Green Agenda into practices, and we hope that many more highly efficient buildings will follow”, says Marko Perunović, State Secretary at the Montenegrin Ministry of Capital Investments, in charge of energy efficiency.

The energy consumption of the building will be at least nearly zero. But it may even hit zero energy or be a plus energy building. Edifices of this kind generate as much energy, or more, from renewable sources than they need to cover their demand for e.g. heating, cooling and ventilation. They are “climate neutral” and thus represent the future. This lighthouse-building is intended to demonstrate what modern construction looks like in the 21st century. It is also expected to draw a lot of attention not only from within Montenegro but also from the other Western Balkan beneficiaries. 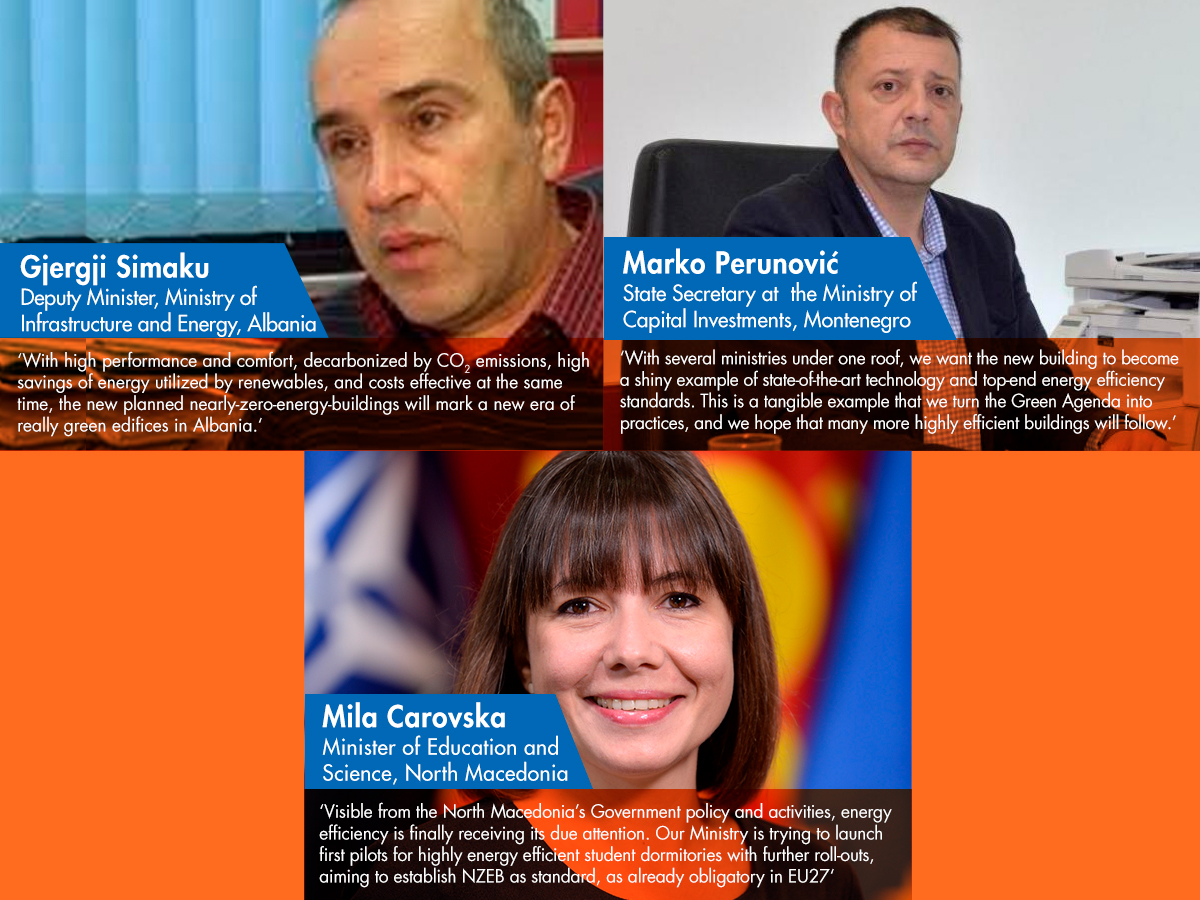 Another KfW energy efficiency project in Montenegro, finished in 2014, is the reconstruction of the school “Jagoš Kontić” in Nikšić. The roof cover was replaced, thermal insulation applied under the roof and on the the façade walls; the façade joinery luminaries and boilers were replaced; radiators were flushed, thermal valves installed and painting works done.

Already, Albania and North Macedonia are also considering to newly construct and up-grade buildings to a NZEB standard or higher. And it is thought to motivate more building owners to renovate their houses towards the nearly zero energy level in the whole region. After all, the biggest challenge, but also the largest potential, still lies in the existing building stock. Tapping this source systematically, energy efficiency could really become “the Balkan's first fuel”.

In Albania, KfW is planning to construct three completely new student dormitories in Tirana, all applying NZEB standards. And in North Macedonia, talks are underway to select a number of student dormitories in the cities of Skopje, Bitola, Ohrid, Prilep and Shtip that should be retrofitted and upgraded to NZEB standards. Both programmes are composed of €20 million KfW interest subsidized loan blended currently with €5 million WBIF REEP funds each.

The NZEBs have been identified in the European Commission’s Economic and Investment Plan for the Western Balkans as Flagships within the “Renovation Wave”, which is part of the Investment window “Clean Energy”. These projects contribute significantly to the reduction of greenhouse gas emissions, and improve the living standards and health of citizens.

The Green Agenda for the Western Balkans follows the priorities established by the five pillars covered by the European Green Deal:

- Moving to a circular economy 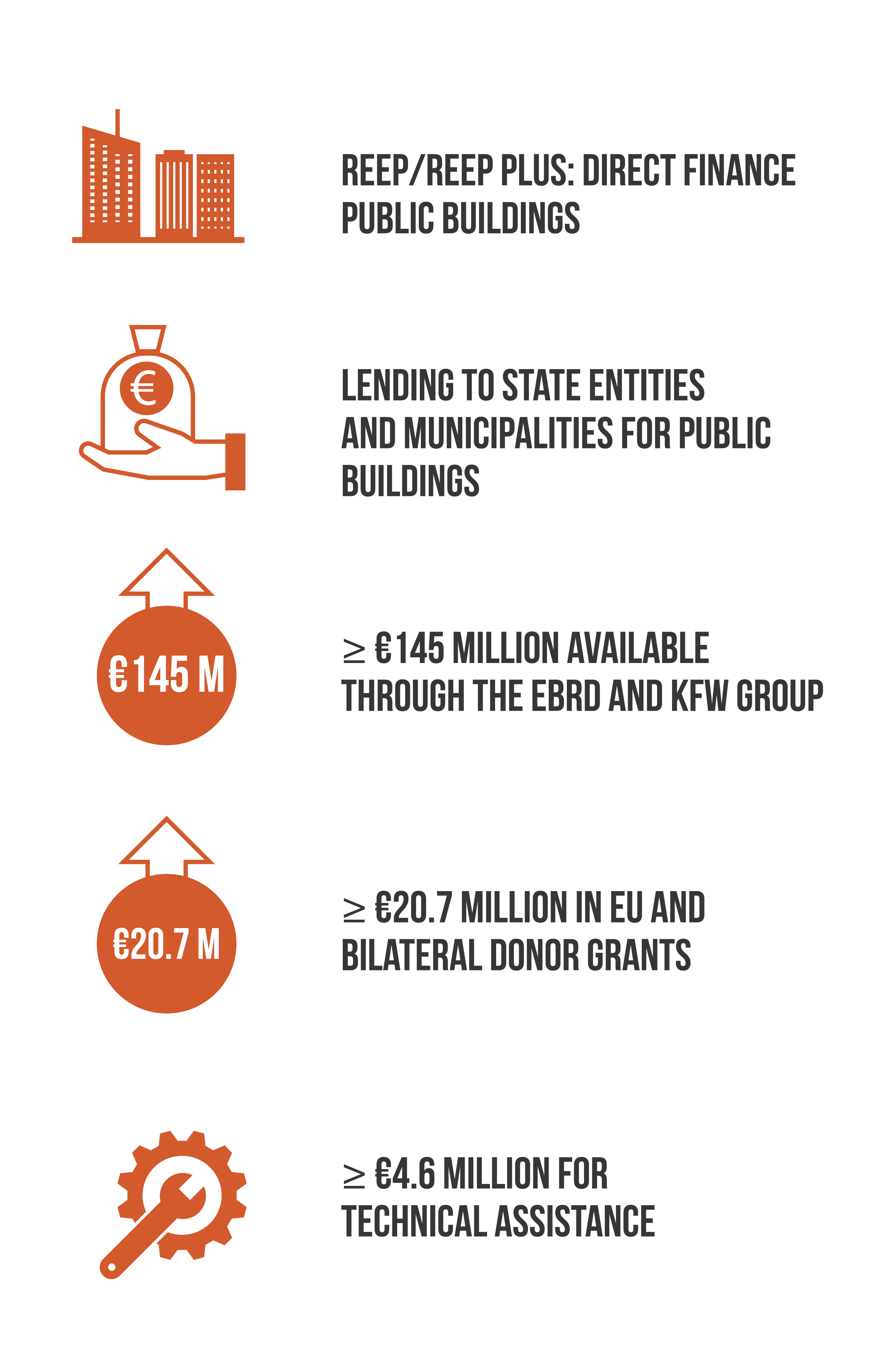 Fraunhofer IBP’s experts have a long experience with energy-efficient, sustainable construction and housing. They design, support and evaluate energy concepts for high-performance buildings or districts and develop concepts for energy supply and climate protection, including long-term roadmaps for cities and municipalities. 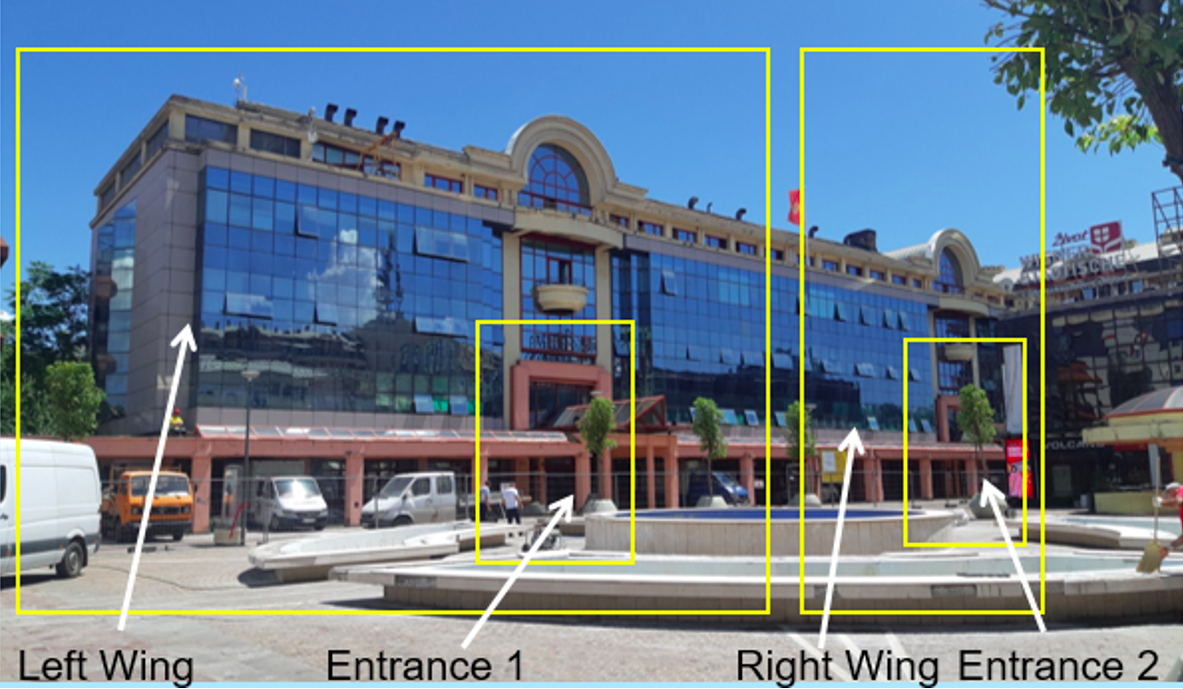