The €120 million in Ecoloans for the Western Balkans

Help is now at hand for the Western Balkans need for investments in energy efficiency and renewable agencies.

The Ecoloans programme, funded by KfW Development Bank is on track to support the countries to overcome the two key barriers, limited access to long-term finance for related investments and low awareness of businesses and the general public about the need to save energy. After successfull placements of these funds via a range of partner financial institutions a follow up programme, the Low Carbon Energy Facility, has already started.

Only in Serbia, on behalf of the German Government, the KfW has provided loans of more than €120 million to Serbian banks under the Ecoloans programme. These so-called "eco-loans", available to micro, small and medium-sized enterprises and municipalities are intended to support modernization and greening of the Serbian economy, reduce the costs for energy of SMEs and contribute to saving our climate. The special purpose loans from KfW are accompanied by EU grants for investors from the REEP Plus programme.

Agroproduct company from Čačak is one of the beneficiaries. With а loan of €92,800, the KfW funded the replacement of existing cereal drying system. Multiple benefits are expected, such as reduction of time for drying thus significant energy savings and reduction of the CO2 emission etc.Replacement of process equimpment that will result with reduced CO2 emissions and energy savings is also financed with ecoloan of €144,000 in Deltaplast factory in Mačak and €120,000 for the factory Vizus in Niš.

An ecoloan of €1.95 million is approved for the replacement of the old public street lighting in Stara Pazova with new LED system ensuring electricity savings and reduced CO2 emissions. Same benefits will be felt by the residents of Bečej and Kovačica where the public lighting based on natrium, and mercurial bulbs will be replaced with new LED system, supported with the loan of €1 million in Bečej, and additional €650,000 in Kovačica. 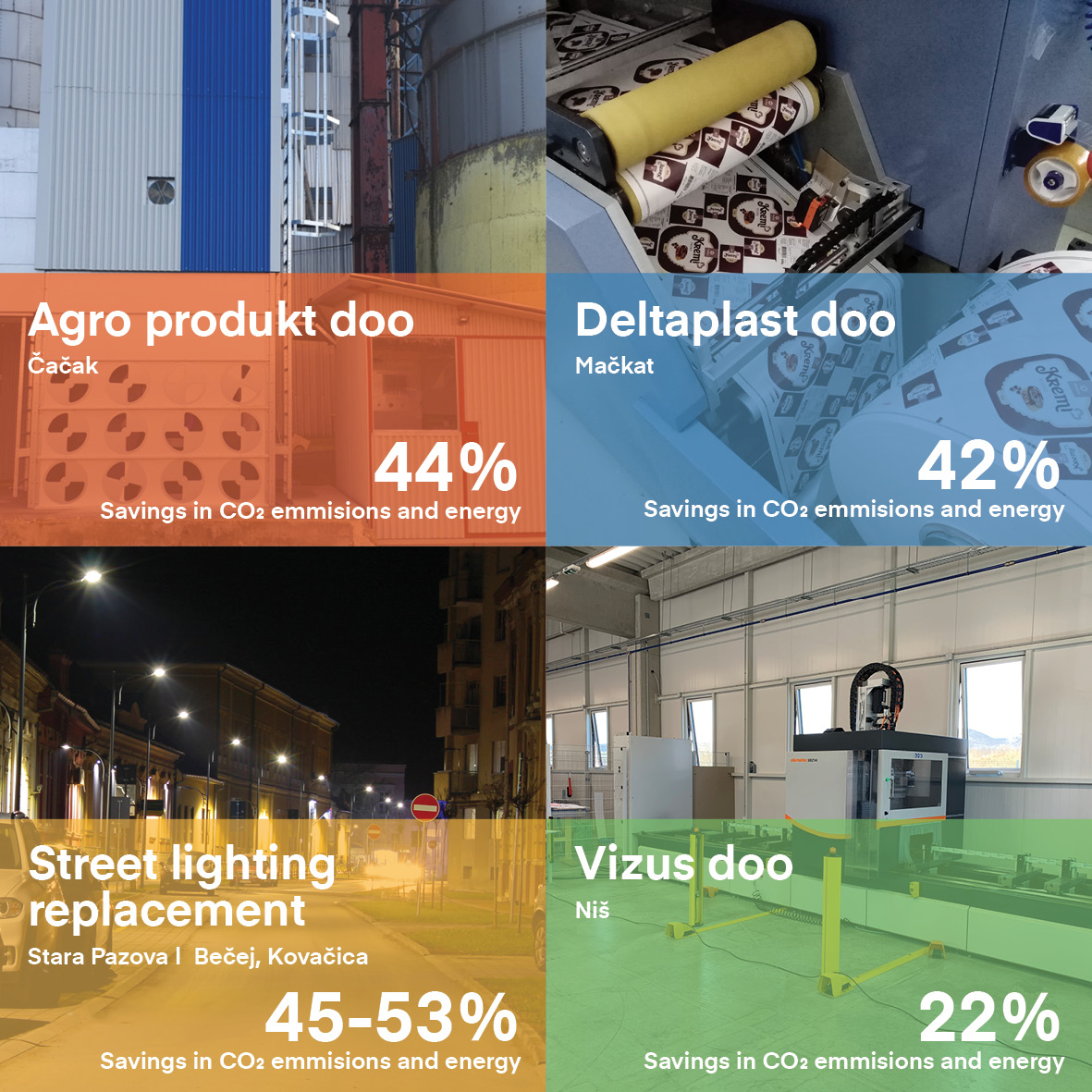 The Ecoloans programme is part of The Regional Energy Efficiency Programme (REEP/REEP Plus), established by the Western Balkans Investment Framework (WBIF) in 2012. Various organisations cooperate to make it a success, including the Energy Community, the European Bank for Reconstruction and Development, European Commission and KfW Development Bank. It comprises more than €600 million of investments from the EBRD and KfW Banking Group, which are combined with the EU grants through the WBIF. So far, 600 projects have been promoted under REEP with a wide range of projects being financed, from the energy-efficient refurbishment of outdated production facilities to the purchase of modern tractors or combine harvesters in agriculture to the installation of energy-optimised heating systems in public buildings. As a result, energy in the amount of 51,000 MWh per year could be saved and greenhouse gas emissions of 15,000 tonnes per year were avoided.

The REEP/REEP Plus is identified in the European Commission's Economic and Investment Plan for the Western Balkans as one of the Flagship projects within the "Renovation Wave" under the Investment window "Clean Energy". These projects contribute significantly to the reduction of greenhouse gas emissions, and improve the living standards and health of citizens. The activities under the Regional Energy Efficiency Programme are in line with the EU Regulation and Green Agenda Targets for the Western Balkans, following the five pillars of the European Green Deal.

More about the Ecoloans in video

More about the Regional Energy Efficiency Programme (REEP/REEP Plus)

More about the Green agenda for the Western Balkans

The €120 milion worth Ecoloans programme for the Western Balkans is now on track.

“Companies in Serbia which participate in the programme not only save energy, but also significantly reduce their greenhouse gas emissions," says Dr Klaus Müller Director at KfW Development Bank. "And Serbian banks can build up important know-how through the programme, which contributes to strengthening the financial sector." 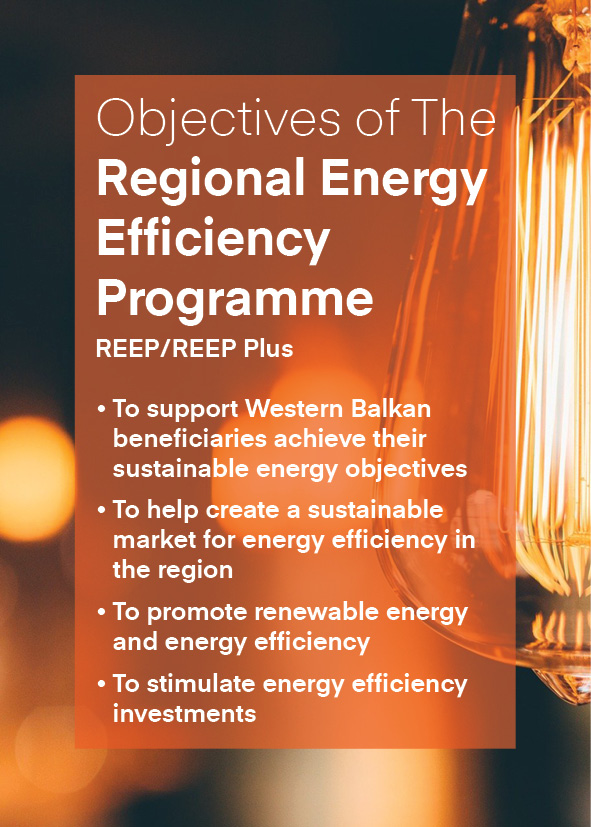 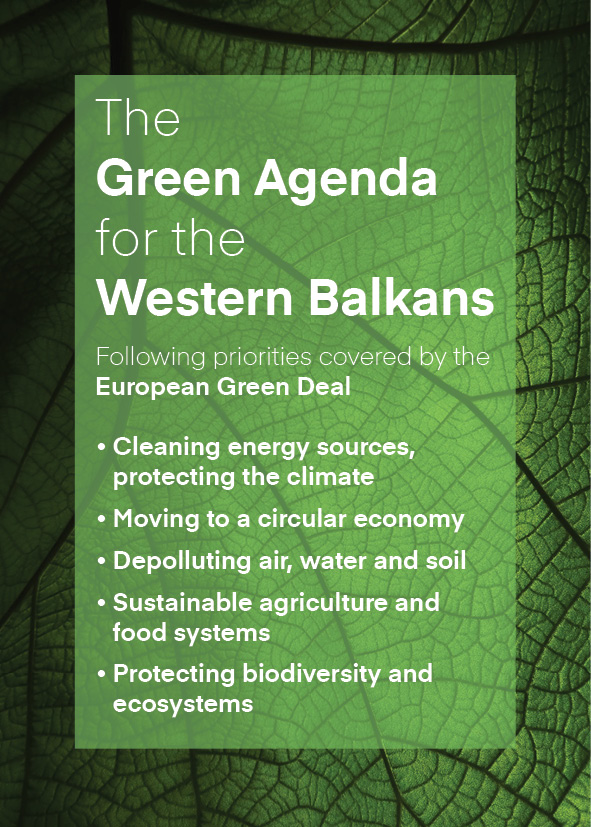