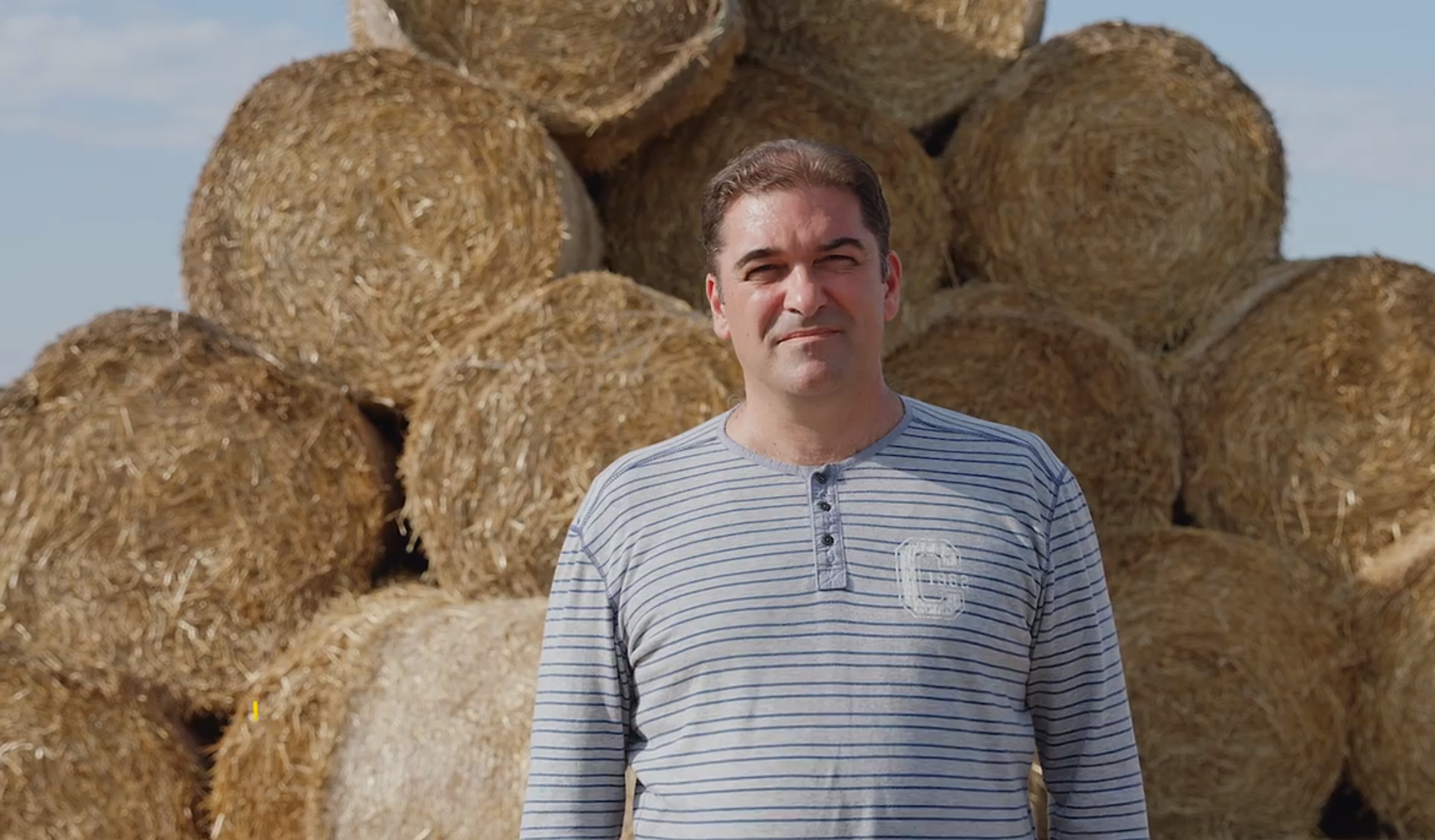 Investing in Sustainable Energy Has Never Been So Easy


The Western Balkans, like other transition economies, are characterised by high energy inefficiency that is three times larger than the EU average. Not only does this result in higher emissions, but it also negatively impacts the region’s economic competitiveness.

The International Energy Agency and World Bank estimate potential energy savings in the Western Balkans of up to 10% in the transport sector, 10-35% for households, 35-40% in the public sector, 10-30% in services and 5-25% in industry and commerce. In monetary terms, public buildings and households in the Western Balkans alone could have yielded savings valued at €805 million by 2020 according to the Energy Community. However, not only households are benefitting from such savings. According to a REEP overview also SMEs have increased their primary energy savings by 27,127 MWh/year, bringing a reduction in the CO2 emissions of 7,734 tonnes a year. Municipal and corporates have, as well, reduced primary energy consumption by 561,652 MWh/year dealing to a decrease of 124,629 t/year of CO2 emissions.

Achieving such savings would have a significant impact on trade balances and public and household budgets; it would, moreover, enhance energy security, protect against necessary energy tariffs adjustments, and contribute to economic growth. The potential for a cleaner energy sector is considerable, due to the large and unused renewable energy and energy efficiency potential, and the induced effect on economies of a more reliable, more competitive, and cleaner energy supply.

In response to this untapped potential, the Regional Energy Efficiency Programme (REEP) was established in 2012 by the European Bank for Reconstruction and Development (EBRD) and the Energy Community Secretariat (EnCS) with the support of WBIF and bilateral donors. REEP was created to support institutions in the Western Balkans to develop a competitive -and transparent- energy efficiency market. After a successful initial phase, and continued demand by the beneficiaries, the Programme was extended with the creation of the REEP Plus to scale up activities and focus on energy efficiency in buildings. Most recently, in 2019 the European Union contributed further €30 million to the Programme and KfW Bankengruppe (KfW) joined under the REEP.

Since its inception, REEP’s regional approach has fostered beneficiary involvement, which in turn promotes the sharing of experience and collaboration in finding solutions to common challenges, boosts regional economic integration and the scaling-up of business.

Dusan Tesevic´s mother lives in Foca-Ustikolina, which is a village in the southeastern part of Bosnia and Herzegovina that is prone to long and cold winters. Her house was built in the 1980s, using concrete blocks and cement, meaning it is difficult to heat up and loses heat easily. To remedy this situation, Dusan installed thermal insulation and a biomass boiler to improve energy efficiency in the house. The EBRD´s Green Economy Financing Facility (GEFF) provided a €1,100 grant (with support from the EU, Austria, and the WBIF), which partially covered the €5,700 of the total investment costs. The new equipment and technology made available through the grant have resulted in annual energy savings of 6 MWh in Dusan´s house, which also contributes to a reduction in environmental pollution.

Senija Berhatbegovic owns a small business to rent bungalows in the outskirts of Tuzla, Bosnia Herzegovina. This privileged area, close to the Majevica mountains, is well-known for its cold temperatures in winter. Therefore, the installation of foam isolation in the walls and façade of the bungalows was indispensable for renting in the cold months. Such energy efficiency investment was covered in full through the REEP Plus, with funding made available by KfW. Primary energy savings have reached 60% on annual basis, which has led to the CO2 emission reductions of 60%.

The Serbian municipalities of Smederevo, Veliko Gradiste, Stara Pazova, Kovacica and Becej are only a few of REEP’s many success stories in the country.

The municipality of Smederevo decided to invest €1.2 million in a 18,000 m2 building used by an automotive industry manufacturer to host its production facilities and administrative offices. The building uses gas for heating and electricity for cooling. The investment, with funding from EBRD made available through REEP, was intended to improve the building’s thermal insulation and hence its overall energy efficiency performance. The completion of this project has allowed for annual energy savings in excess of €120,000 and a 60% reduction in CO2 emissions. The investment has a positive rate of return with a payback period of just under ten years.

Veliko Gradiste, Stara Pazova, Kovacica and Becej were facing common challenges caused by inefficient public infrastructures, due to obsolete and old-fashioned constructions. Through REEP and REEP Plus, the municipalities have received funding for the refurbishment of their street lighting systems. These investments have resulted in greater energy efficiency and major cost savings. The municipalities’ expenditure on electricity has halved, while at the same time CO2 emissions have been reduced by a half on average.

A biogas power plant in Bac, Serbia, constructed with the support of REEP and EBRD financial assistance, is producing enough energy to power more than 3,000 households. Around 18,000 MWh per year are produced out of agricultural residue from farms that are converted into biogas which generates electricity and heat. ‘One of the best things about biogas production is that it is a sustainable, zero-waste technology and a win-win situation for all the stakeholders involved’ explains Marian Holubek, owner of the biogas power plant in Serbia.

However, this project has introduced a new feature in biogas production as solid residues from the farms are also used to produce pellets used for heating in households or industry. Moreover, liquid residues are used as organic fertilizers by farmers. This has proved to be a win-win situation for both the power plant and the local farmers. ‘We use corn silage to feed cows, and we sell the excess to biogas power plants. In return we get fertilizers which we use on our corn fields’ confirms Vladimir Boskovic, owner of the dairy farm Boskovic Agrar in Bac.

‘Wood Master’ is an SME in the Western Balkans producing plum jam. The heating of jam requires large amount of energy, which can be expensive, while plum stones are usually an undesired side product of this process. This is no longer true for Ivan Stojakovic, the owner of the company. With the help of the EBRD he discovered the low-hanging fruit of energy savings. A €150,000 loan through REEP has allowed Wood Master to install a new biomass boiler system, fuelled by the mix of plum stones and pellets. Now, the plum stones keep the jam warm, while significantly decreasing the operations costs, and even heating the business’ offices.

The furniture producer ‘Termal-Inzenjering’ upgraded its production equipment bringing much-needed energy savings through support provided by the EBRD´s WeBSEFF, the Western Balkans Sustainable Financing Facility. Wood briquettes made from their own production are now used for heating the factory. This has cut energy costs by almost 50%. The company managed to increase its production capacity, while simultaneously reducing energy consumption. The cost savings gained from investments into thermal insulation of its buildings, windows and lighting replacement helped the company from reducing labour costs and had a positive influence on the working environment.

‘Vizus’, a Serbian door and window manufacturer, has replaced a big part of its production equipment with state of the art machinery. The replacement has resulted in energy savings of 22% and therefore the consequent reduction in CO2 emissions. Besides the energy consumption related improvements, the new high precision equipment allows the machine a possibility to work on two workstations, having a big impact on the productivity of the company. The loan, made available thanks to the KfW through the REEP Plus project, has covered more than 80% of the capital expense. 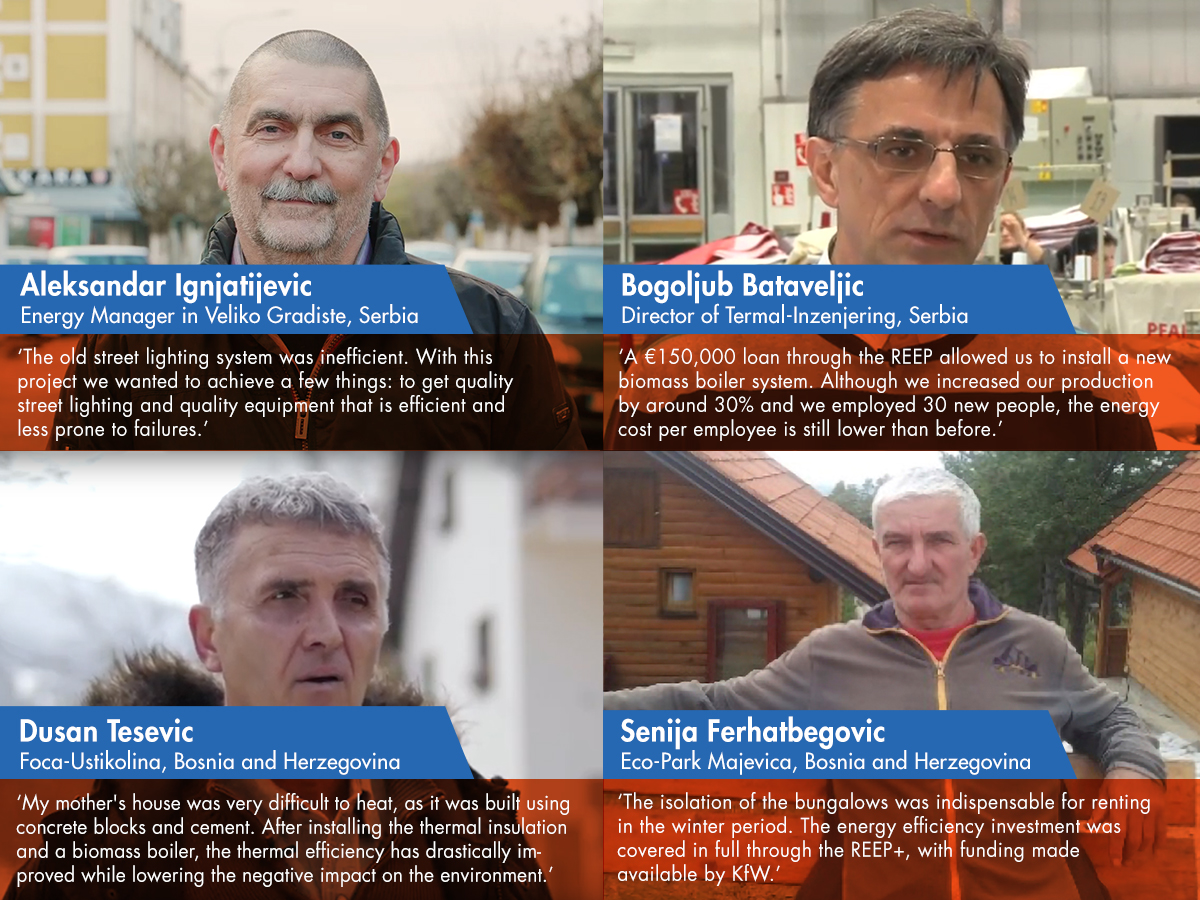 The Regional Energy Efficiency Programme (REEP) is an integrated package of finance, technical assistance and policy dialogue, established by the European Bank for Reconstruction and Development (EBRD) and the Energy Community Secretariat (EnCS) with the support of the WBIF, bilateral donors and KfW.

The ultimate objective of this initiative is to create a sustainable market for energy efficiency in the Western Balkans. REEP supports energy efficiency investments in both private and public sectors – and encourages the public sector to take a leadership role as stipulated in the countries’ National Energy Efficiency Action Plans (NEEAPs), developed as part of the Energy Community process.

Given the success of REEP, it has been upgraded to REEP Plus that will continue the work initiated in 2012 following a similar structure.

REEP Plus will continue to address policy barriers while supporting households, public and private sector to finance investments for energy efficiency and renewable energy measures, with a main focus on the residential sector. 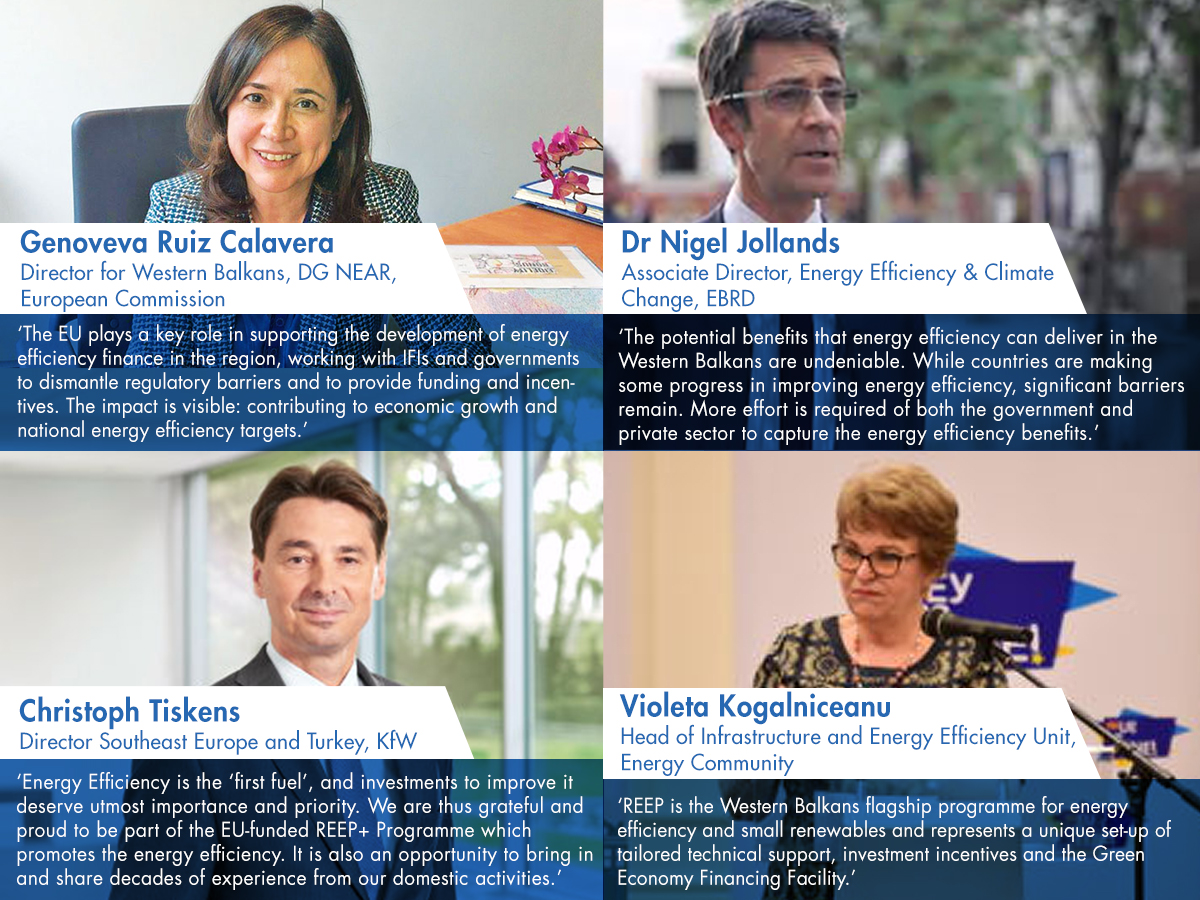 Some of the concrete benefits of the infrastructure projects supported by WBIF entail: 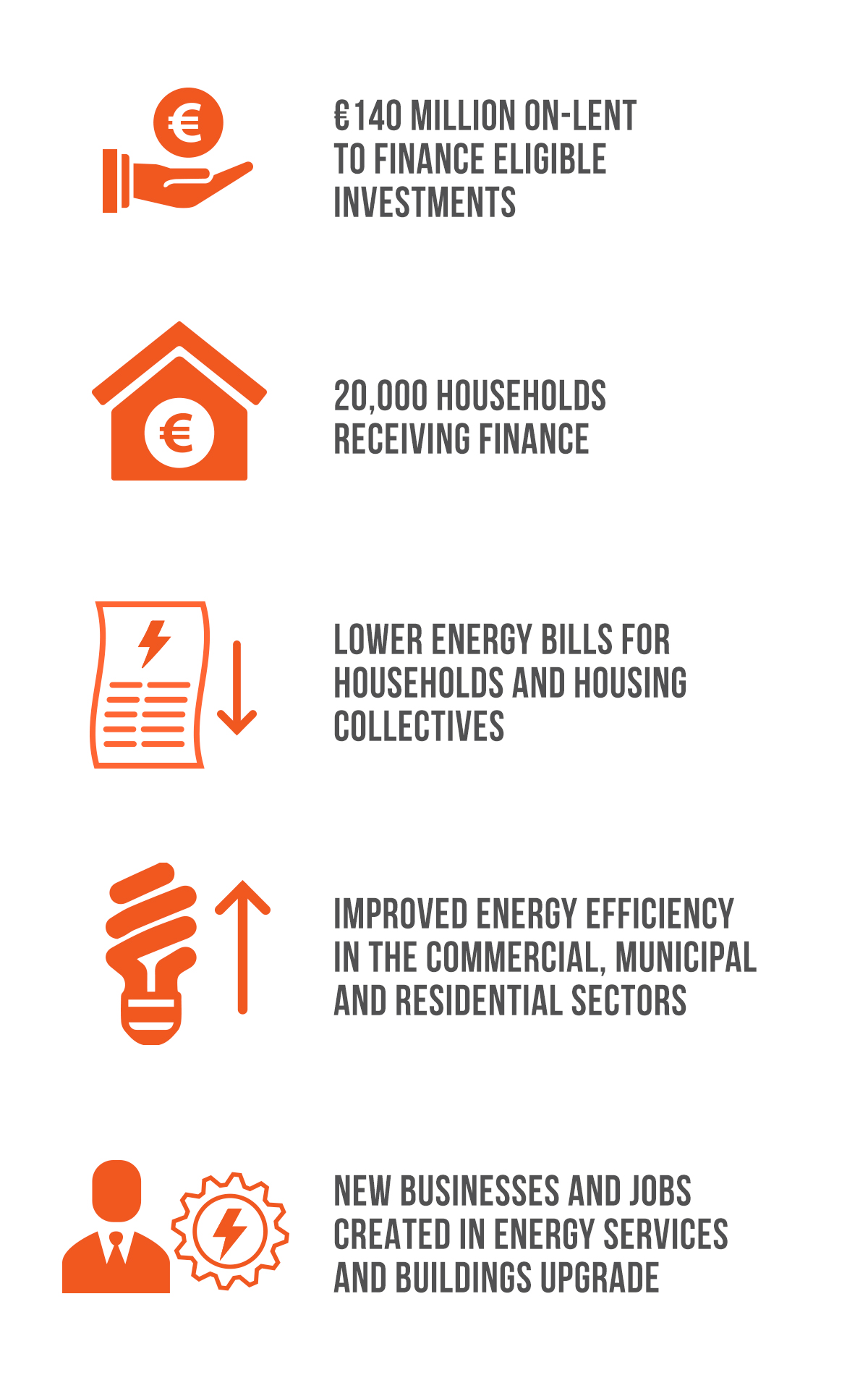 Municipalities can now afford energy efficiency investments, with no upfront cost, as those expenses are financed through electricity savings.