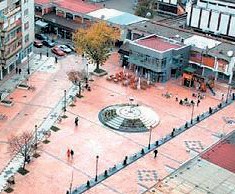 This project focused on creating the systems for advancing finance to small scale municipal infrastructure across Serbia. On the basis of an already agreed EIB loan targeting such small scale projects such as local roads and transport networks, social and health facilities, education and cultural and historical heritage centres, WBIF support was given to the Ministry of National Investments and Plans (MNIP) for assistance to project management and administrative capacity building.

Following the establishment of a project management unit (PMU) as a structure within the MNIP, the WBIF technical assistance team provided support in all tasks required in the finance contract between the MNIP and the EIB. This EIB loan provides resources for Serbia’s municipalities to establish, replace and/or upgrade small scale infrastructure at the local level. Applications for money were made by individual municipalities with the scheme managed by the MNIP.

Help was also given to establish PMU working methodologies and proceedings between the PMU and the project implementation units based in the participating Municipalities.


It is estimated that at least 500,000 inhabitants will be affected by these investments and the beneficiary institutions are municipalities, towns and cities, public utility companies and other public institutions. The EIB loan amounts to €75 million.


The WBIF support acted as a catalyst to both formally create the PMU and to assist with the development of standard procedures as required under the project. The government developed the concept of a national investment plan to support beneficiaries which are entities operating in the communal sector (PUCs) and/or with other public services.