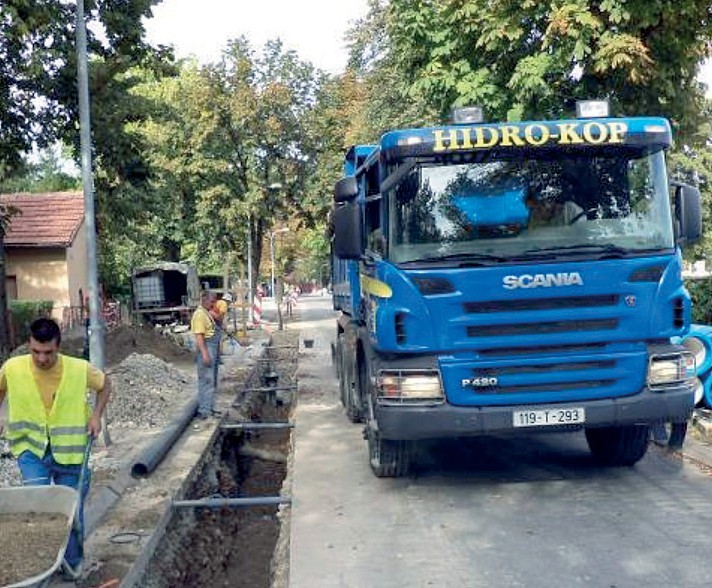 Banja Luka is the administrative capital of Republika Srpska entity in Bosnia and Herzegovina with a population of 230,000 residents. The project aims to combat existing problems in the city of Banja Luka regarding high losses in the present water supply system and the lack of adequate sewage collection. Currently, 80 % of residents have access to piped water. Furthermore, only about 50 % are connected to a sewer system. Frequent leaks and pipe bursts in the transmission and water supply distribution system are attributable to both age and quality of the existing networks. The discharge of untreated sewage into the Vrbas river poses a risk for the drinking water quality of the inhabitants of the City and harms the environment of Banja Luka.

The objective of the project is to secure an environmentally sound and sustainable water supply in Banja Luka at socially acceptable costs. This is to contribute to an improvement of the living conditions for the population of Banja Luka.

The measures of the programme therefore concern:

In summary, the measures encompass the expansion and upgrade of the city's water supply network and construction of new sewage collectors and two water reservoirs.

The total value of the project, approximately EUR 19.1 million, is made up of EU (IPA and WBIF-funds totalling EUR 4.5 million) and KfW funds (EUR 4 million grant and EUR 10 million loan) as well as contributions from the Banja Luka authorities (EUR 600,000). Part of the EU funds were allocated through the EU IPF Municipal Window programme in the form of a EUR 2 million grant for consultancy services related to the preparation of final design and tender documents and for the investment measures.

The project has two components: the construction and improvement of the water supply system, which started in April 2012, and the repair and construction of the sewerage collection system, which started in June 2012 and for which EU-funds are used. The water supply component is expected to be completed in April 2015 and the sewage component is scheduled to be completed in December 2014.

The beneficiaries of the project are the Banja Luka waterworks company, VODACOM and the city. Moreover all the inhabitants of Banja Luka will benefit from the investments, as the water resources of the City are protected through the wastewater collection component of this project. In addition, new communities will benefit from the new connections to the water supply network.