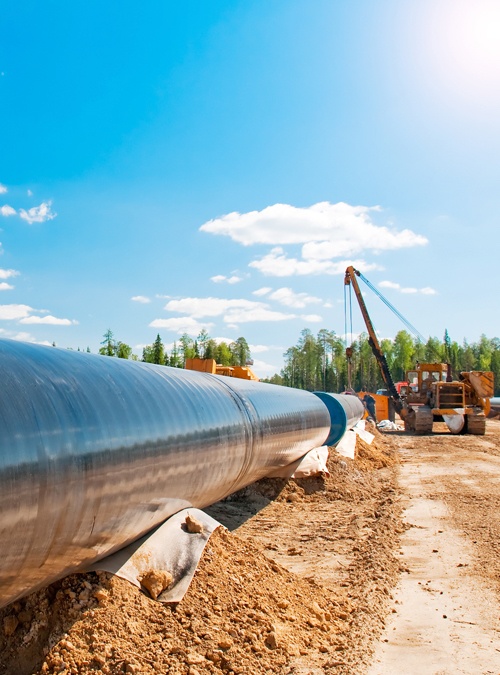 EU Support to Construction of the Gas Interconnector Serbia-Bulgaria

The European Union and the European Investment Bank (EIB) support Serbia’s energy security with the blending of €25 million loan and €49.5 million EU grant (from the Instrument for Pre-accession Assistance – IPA II) for the construction of the Serbian section of the Bulgaria-Serbia gas interconnector.

A 171 km natural gas interconnector between Serbia and Bulgaria is on the list of Projects of the Energy Community Interest and one of the priority energy infrastructure projects of Serbia, as it improves the security and diversification of Serbia’s energy supply and strengthens energy networks in South East Europe. It will also support faster integration of the region into the EU energy market, improve competition and ultimately attract more investments.

The Serbia-Bulgaria gas interconnector has been identified in the EU's Economic and Investment Plan for the Western Balkans as one of the Flagship projects, fostering the transition from coal to more sustainable and green energy production. Future-proof gas pipelines supportive of the low carbon transition and transit of decarbonised gas and hydrogen will play a key role.

The Head of the EU Delegation to Serbia Ambassador Sem Fabrizi underlined: “This is a big step forward towards the realisation of a high priority project, which has several far reaching objectives: increasing diversification and security of energy supply in Serbia; strengthening regional cooperation to contribute to a well-balanced socio-economic development and pursuing energy transition and healthier environment. I welcome this project also as key part of the wider Serbia’s strategy to complete the ongoing liberalisation of the gas sector, an important commitment to further advancing Serbia in accession negotiations with the EU”.

Lilyana Pavlova, the EIB Vice-President responsible for lending operations in Serbia said: “The European Investment Bank is supporting the energy transition in Serbia and around the world. As part of the EIB energy lending policy agreed in 2019, we committed to supporting a few select gas projects already under appraisal, before moving to renewables-only lending from the end of 2021. With this investment we confirm the importance of supporting the energy transition in Serbia and the whole region”.

Deputy Prime Minister of Serbia and Minister of Energy, Development and Environmental Protection Zorana Mihajlović stated: “Signing the loan agreement with the EIB, along with the previously approved EU grant, practically finalises the financial framework for the construction of the Serbia-Bulgaria gas interconnection. After the diversification of gas routes, Serbia’s goal is to also achieve the diversification of suppliers. The Niš-Dimitrovgrad gas pipeline, for which construction should start this year so that the pipeline can become operational by 2023, will enable Serbia to be supplied with natural gas from other suppliers”.

Serbian Minister of Finance Siniša Mali stated: “Investments in infrastructure are of great importance for Serbia, specifically in the energy sector because they contribute to the security of gas supply and the diversification of supply routes and suppliers. These kinds of projects normally contribute to higher economic growth, which is particularly important amid the fallout of the coronavirus pandemic”.

More about the Serbia-Bulgaria Gas Interconnector

More about the WBIF Activities in Serbia

More about the Energy Community