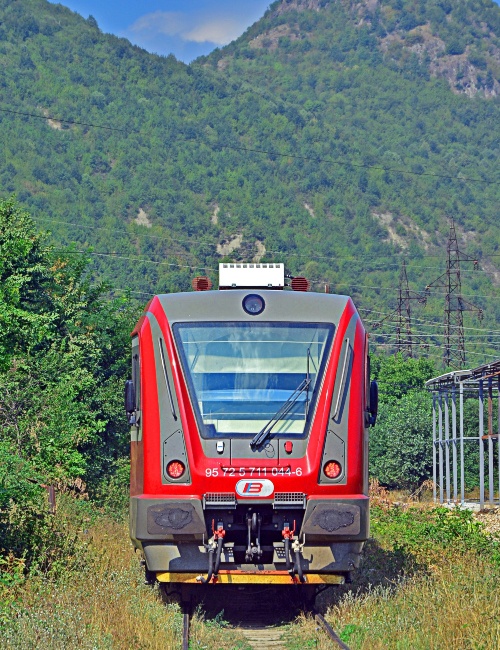 EU Funded Rehabilitation of the Railway Route 10 in Kosovo*

The European Union through the Western Balkans Investment Framework (WBIF) funds the Technical Assistance (TA) for the rehabilitation of the Northern Part of Railway Route 10 from Mitrovica to Leshak in Kosovo. The main objective of this TA is to prepare the Preliminary and Detailed Design for civil works and signalling & telecommunication and electrification along the northern section of Rail Route 10.

EU provides the €1.3 million grant for this Technical Assistance through the WBIF. The Project Lead International Financial Institution is European Bank for Reconstruction and Development (EBRD); and with other sources, it will finance the Project currently estimated to €95.6 million.

The online kick-off meeting for the assignment was held on 26 October 2021. The Beneficiary was represented by the CEO of the Public Enterprise of Railway Infrastructure of Kosovo (INFRAKOS), Zymer Zekaj and the Head of the Project Implementation Unit, Zijadin Isufi. The Lead IFI, EBRD, was represented by Arianit Blakaj, Principal Banker in the EBRD Office in Kosovo and Gent Myftari, while the European Investment Bank (EIB) was represented by Piers Vickers.

The Project’s main objectives are the Designs for the general rehabilitation and modernization of this line, with high interest for Kosovo and the regional economic, social and environmental benefit. By developing this Project, Kosovo businesses and industry will have potential growth and better connections with Serbia and the wider region. This Project is with high social interest, knowing that connectivity, especially transport links, contributes to development by enabling the movement of goods, services, capital, people and information across countries.


The Project’s implementation is expected to contribute to:

•    Increased safety and speed conditions of this line;

•    Development of the multimodal and intramodal transport in Kosovo and wider;

•    Inclusion of the railway line to the Regional and EU Integrated Railway Network;

•    Improved conditions for the development of the passenger and freight transport;

•    Facilitation of the trade and economic links with neighbouring countries and EU member states;

•    Interoperable railway infrastructure as a linkage between neighbouring countries and the wider region.

The project has been identified as a Flagship 2 - Connecting North to South, in the European Commission's Economic and Investment Plan for the Western Balkans 2021-2027.

More about the WBIF Activities in Kosovo

* This designation is without prejudice to positions on status, and is in line with UNSCR 1244 and the ICJ Opinion on the Kosovo Declaration of Independence.