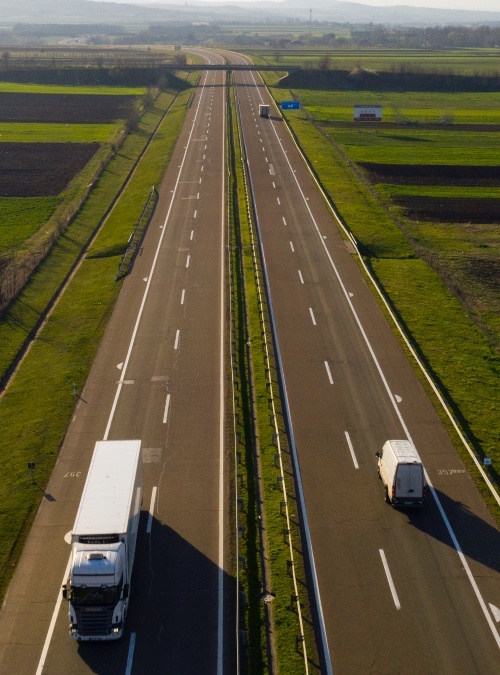 The 'Peace Highway', one of the flagship projects under the EU's Economic and Investment Plan for the Western Balkans, comes closer to construction thanks to a loan of up to €85 million from the European Bank for Reconstruction and Development (EBRD) signed on Wednesday, 25 November.

The new highway will connect Niš with Pristina. The EBRD loan finances the construction of the section between Niš and Pločnik in the south of Serbia. The construction of this section is co-financed with a €40.6 million investment grant by the European Union under the Connectivity Agenda and a €100 million loan by the European Investment Bank (EIB). The Serbian government has mobilised a further €27 million.

The existing road on the Niš (Merošina) – Pločnik (Beloljin) section consists of two lanes on a poor alignment, irregularly maintained. It crosses urban areas, thus posing safety risks to the local population and causing significant delays to transit vehicles. The new highway will bypass such areas as well as improve the level of service and traffic safety.

The investments will yield several benefits, including a substantial reduction in travel times, environmental impact on urban areas, congestion and vehicle operating costs along the route. More than 350 jobs are expected to be created during construction and operation periods, and trade between countries in the region will increase.

The European Union has funded all project preparation activities through the WBIF. JASPERS (Joint Assistance to Support Projects in European Regions) and CONNECTA (Technical Assistance to Connectivity in the Western Balkans) have also provided technical advice during the preparation of this project.

Sem Fabrizi, EU Ambassador and Head of the EU Delegation to Serbia: 'I welcome the signing of the loan with the EBRD as another concrete step in the realisation of this important project. The 'Peace Highway' is one of the bridges for the peace and reconciliation in the Western Balkans. It will boost economic cooperation and recovery and make the region more prosperous by delivering better connectivity between people.'

Zsuzsanna Hargitai, EBRD Regional Director, Western Balkans: 'Following our successful cooperation with the Serbian authorities on transport projects, we are pleased that we can now contribute to the construction of this new highway in the south of the country. It is an investment to develop the common regional market in the Western Balkans and facilitate trade and the movement of people'.

Siniša Mali, Minister of Finance of Serbia: 'This project is of significant importance for the regional development and improved connectivity, enabling faster and safer passenger and freight transport.'

Tomislav Momirović, Minister of Construction, Transport and Infrastructure: 'With the improved connectivity to the south, Serbia will be positioned as a key transport axis in the south-east of Europe.'

More about the event on the EU Delegation to Serbia website here.

More about the Economic Investment Plan for the Western Balkans here.

Related:
€40 Million Investment Grant Agreement Signed for the First Section of the 2018 Connectivity Project the “Peace Highway” Connecting Serbia and Kosovo*
CONNECTA completes the Road Safety Audit for the second section of the ‘Peace Highway’
Return to News