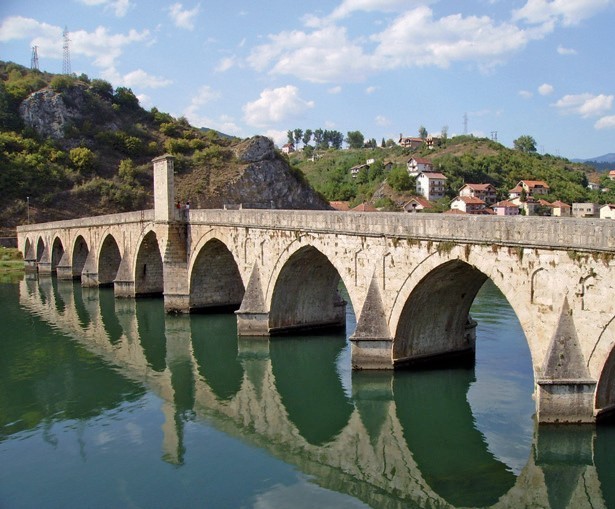 The Drina River Basin (DRB), with its total surface area of just over 19,500 km2, is shared between four WBIF beneficiary countries. It covers the northern half of Montenegro and spreads into Bosnia and Herzegovina and Serbia, while less than 1% of the basin belongs to Albania. With its high flow rate and still rather good water quality, the Drina River Basin scores high on the list of areas with high endowments of natural resources and development opportunity in the region. It has a significant hydropower generation potential (of which 60 % is still unused) as well as tourist attractions (such as the UNESCO Heritage Site of the Tara Canyon), and it is an abundant source of bio- diversity.

The DRB has experienced major floods with the loss of lives in the past decade. 2010 was particularly bad in all three principal DRB countries due to inadequate flood preparedness and protection. In parallel with the emergency response, it was decided to start putting in place more robust policies, capacity, and infrastructure to help minimize flood damages in a sustainable and cost-effective manner. The absence of cooperation between two predominant sectors in the basin, namely water management, and energy, was declared as a major weakness for implementation of flood protection and control activities. At the same time, many areas in the basin also experience recurrent seasonal droughts. This affects biodiversity and fisheries, water supply from groundwater (the groundwater levels being affected by the draw-down of hydropower reservoirs in the summer), and agriculture.

The WBIF support aims to respond to these deficiencies. The overall objective of this project is to support more effective water resources management in DRB with a special focus on flood and drought mitigation, and hydropower and environmental management, based on “good practices” and within the framework of integrated water resource management. This project proposes to give special consideration to plans and strategies in the energy sector in the wider region, in order to determine the most important operational and investment interventions in the basin.

The project beneficiaries are almost one million people living in settlements concentrated along the Drina and its major tributaries. The cooperation on river water is very sensitive, yet in Central Europe and in the EU Neighbourhood countries there exist numerous cases where the Drina experiences would be particularly relevant and welcome. Launching of this project and arriving at the development of a jointly agreed management framework will generate significant regional benefits of political and economic nature. In addition, the river forms the border between the three countries, however, as the river is a shifting course, the border between Serbia and BiH, and between BiH and Montenegro remains to be re-defined, and the River Basin Management Plan for Drina River (RBMP) will help prepare a resolution of this diplomatic challenge.