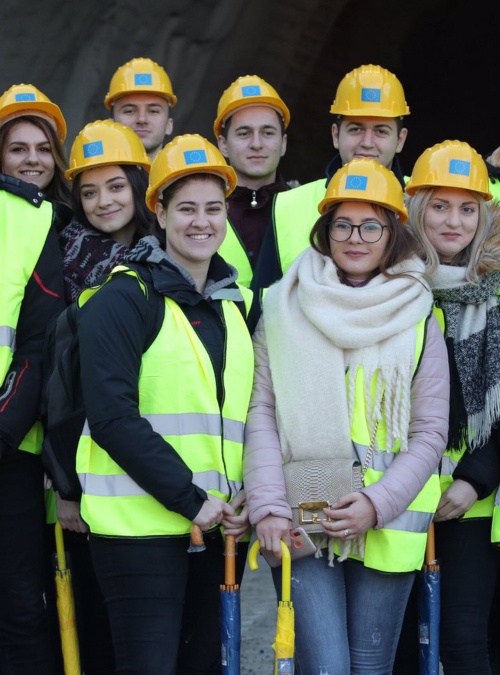 Works Commence on one of the Most Challenging Sections of Corridor Vc: The 2017 Connectivity Project Zenica Tunnel

The start of construction of the Zenica Tunnel with a total length of 2.4 km was officially marked on Monday at the Ponirak-Vraca subsection near Zenica. This is considered one of the most challenging sections of Corridor Vc in Bosnia and Herzegovina.

In addition to the Ponirak-Vraca/Zenica Tunnel, construction works commenced on the 4.1 km motorway subsection Zenica Tunnel-Donja Gračanica - involving the construction of two tunnels, four viaducts and an interchange to Zenica North with pay-toll facilities; all these elements combined entails construction of approximately 7 km of new motorway in total.

The official ceremony was attended by Head of the Delegation of the European Union and EU Special Representative in BiH Ambassador Johann Sattler, Minister of Transport and Communication of FBiH Denis Lasic, President of FBiH Marinko Cavara, Director of Autoceste FBiH Adnan Terzic, Representative of the EIB for BiH Sandrine Friscia and the Director of the EBRD Office in BiH Manuela Naessl.


EU Ambassador Johann Sattler: “This project will decrease travel times, increase transport security in line with the EU standards, and decrease the level of air pollution. This section is part of a much larger story, namely the connection of BiH to the wider region and the European Union within the Connectivity Agenda”.

The event was attended by around 30 students and professors of the Polytechnic Faculty in Zenica. Ahmed Drijencic, a third year student at the Faculty of Polytechnic of the University of Zenica said: ”Today I have an ideal opportunity to connect theory and practice. Projects like this confirm that I made a good decision in choosing my future profession".

More than 335 km of Corridor Vc runs through Bosnia and Herzegovina, connecting the port of Ploce in Croatia with Budapest. Thus far, 176 km have been completed or are currently being finalised. Recognising the need to support BiH in this significant and expensive project, the European Union secured more than €200 million in grants through the WBIF. This funding will facilitate the construction of 13 main projects, including the motorway on Corridor Vc as well as the works on the Gradiška and Svilaj bridges.

More details about the event can be found on EU Delegation to BiH website.