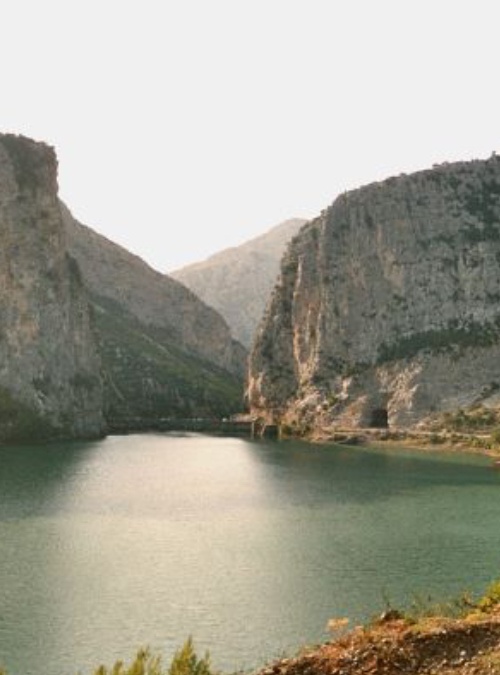 The kick-off meeting for the WBIF funded TA Project ‘Mati River Flood Protection Infrastructure’ was held on 23 January 2020 at the Prime Minister’s Office in Tirana, Albania.

Representatives of main stakeholders, including the Ministry of Agriculture and Rural Development, Water Resources Management Agency, Ministry for Europe and Foreign Affairs, Prime Minister’s Office, as well as representatives of the WBIF, Delegation of the European Union to Albania, European Investment Bank, and Infrastructure Project Facility 8 that will implement the subproject, attended the meeting.

The objective of the project is to improve the level of flood protection management for Mati River to prevent damage to human health, flora, fauna and the economy. The project is expected to improve safety and reduce flood risk for 210,000 people, reduce soil erosion and promote sustainable agriculture and sound and risk free settlements, while providing a boost to the local economy through job provision and a decrease in economic losses. This is a continuation of an earlier WBIF funded project from 2012, which undertook a comprehensive Feasibility Study for Improvement of Flood Protection Infrastructure in Albania and recommended that unless necessary improvements are made, flooding could seriously damage human health and economy.

The estimated total investment cost of the project is around €8.4 million, and will be covered through the €450,000 WBIF technical assistance grant and the European Investment Bank loan.


The consultancy services will provide much needed assistance to the Ministry of Agriculture and Rural Development of Albania and Water Resources Management Agency of Albania in the preparation of technical documentation (ESIA study, Detailed Design and Tender Dossier) towards the implementation stage for the rehabilitation of the existing dikes along a length of 12.5 kms of river reach from the Zogu Road bridge westward to the Adriatic Sea, including repair of the coastal dyke at Tale.

The two main beneficiaries, Ministry of Agriculture and Rural Development of Albania and Water Resources Management Agency expressed their full satisfaction with the earlier stage of this project and welcomed the commencement of the last stage before the initiation of the construction.

Flooding in Albania continues to pose one of the country’s highest risks with an estimated 110,000 hectares of agricultural land in danger of inundation. Future climate change with more extreme weather is likely to exacerbate this situation. Between 2010 and 2015, major flooding events in the Mati and Drin river deltas combined, resulted in 15,000 people being evacuated, 6,000 km² of land underwater, and some 4,800 houses flooded, resulting in massive economic losses for the country. The Mati River in the lower reaches frequently bursts its banks due to degradation of the dykes. The recent floods have inundated some 10,000 hectares of farm land and the situation is made worse by the continued and often illegal gravel mining activities that are operating in the lower reaches of the river.

More information about the project can be found here.

More information about WBIF activities in Albania can be found here.