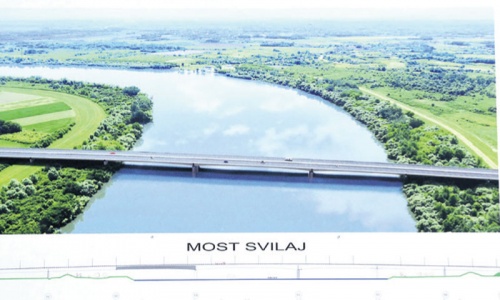 Progress on the Croatia-Bosnia and Herzegovina Road Interconnection (Mediterranean Corridor)

The first installment of the €22 million EU grant allocated to the cross-border point and bridge in Svilaj (Croatia - Bosnia and Herzegovina) has recently been paid by the European Commission to cover for the investment works executed since September 2016.

The investment concerns the construction of a border crossing, a cross-border bridge over the River Sava, as well as 10 km of motorway on the Svilaj – Odzak section that is being built between Bosnia and Herzegovina and Croatia, along the Mediterranean Corridor (CVc). With total costs estimated at €109 million, the project was included in the 2015 Connectivity Agenda package endorsed by the European Commission, Western Balkans Ministers and the EU Member States at the Summit in Vienna in August 2015.

More details can be found here.