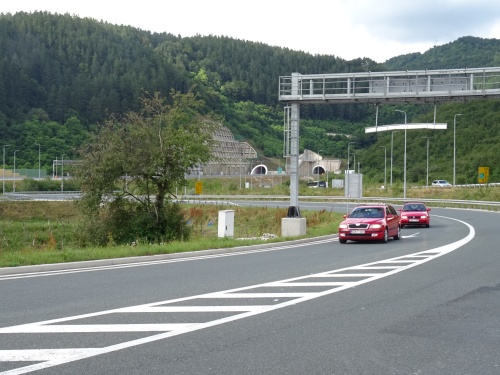 An EU-funded Technical Assistance for the development of the Gap analysis and finalisation of the Environmental and Social Impact Assessment (ESIA) for the three motorway sections on Corridor Vc in BiH, was launched virtually on 9 July 2020 in Sarajevo.

The virtual kick-off meeting was attended by the representatives of the DG NEAR, European Bank for Reconstruction and Development (EBRD), Autoceste FBiH, Federal Ministry of Communications and Transport (FMoCT FBiH), National IPA Coordinator (NIPAC), WBIF country representative and IPF8 experts.

This project concerns the construction of approximately 36km of motorway between Ovčari (Konjic) and Mostar North, including the 12km long Prenj tunnel. This is a Category A dual carriageway two-lane motorway.

The TA project estimated at €650,000 will be implemented by IPF8 Consortium under a contract with the European Investment Bank (EIB), as a co-financier together with the EBRD as a leading partner. The total investment value of the section between Ovčari (Konjic) and Mostar North is estimated at €600m, co-funded by investment grants from European Union through WBIF.

The overall objective of this construction is to address capacity and quality constraints on Corridor Vc, to bring this section to the minimum technical standards of the TEN-T Core Network, to reduce substantially the travel distance (approx. 38 km) along the North-South corridor between the cities of Konjic and Mostar and to increase accessibility and promote regional as well as local economic development. The construction will improve the road infrastructure in Bosnia and Herzegovina, reduce significantly travel times, increase levels of safety and enhance regional transport activities between the EU Member States/Croatia and Bosnia and Herzegovina for both passenger and freight traffic.

This Motorway is considered a strategic link connecting Hungary and eastern Croatia to the Adriatic coast. This part of the Corridor Vc is considered as an extension of the Mediterranean Corridor linking the Iberian Peninsula with the Hungarian – Ukrainian border.

Mr Jadranko Puljić, FMoCT FBiH Assistant Minister for Road Infrastructure: 'There are many preparatory activities already completed that will contribute to the successful project implementation, namely, the positive opinion we received from the Ministry of Finance of FBiH regarding this section, but also the fact that the Spatial Plan of the special purpose area for Corridor Vc is adopted by Government FBiH. For Prenj Tunnel in particular the Preliminary Design is prepared, procurement procedure is conducted, so it is expected that the Contactor will develop the Detailed Design. A new ESIA is needed which will be covered by this project'.

Mrs Sabina Dizdarević, National IPA Coordinator (NIPAC): 'This project is of huge significance for Bosnia and Herzegovina. I am looking forward to the successful project implementation'.

More than 325 km of Corridor Vc runs through Bosnia and Herzegovina, connecting the port of Ploče in Croatia with Budapest. Thus far, 155 km have been completed or are currently being built. Recognising the need to support the country in this significant and expensive project, the European Union will facilitate construction of 11 mature projects on Corridor Vc. Under the Connectivity Agenda, the EU is also supporting construction of the Gradiška bridge on Route 2a and the rehabilitation of the Brčko Port.

More about the WBIF activities in Bosnia and Herzegovina here.